Oxygen Media reimagines the network’s popular franchise and heads to The ATL with the series premiere of “Preachers of Atlanta” on Wednesday, February 3 at 10 PM ET/PT.

Through the lens of five pastors with drastically different approaches to their ministry, the show explores many of the most hot-button and polarizing issues in America today.

From passionate discussions surrounding the validity of unorthodox ministry methods to first-person accounts of the rippling and emotional effects of racial tensions with law enforcement, these unconventional preachers have no boundaries when it comes to tackling real issues that affect real people in their communities.

“Preachers of Atlanta” offers a fresh perspective on men and women of the cloth determined to meet people in their current circumstances in order to inspire a resurgence of faith. Their ministries include communicating spiritual messages through hip-hop lyrics and venturing into the neighborhoods of Atlanta to find those in need. The pastors are real, passionate, and unashamed in their transparency, using their imperfections and out-of-the-box ways to reach a new generation for God.

“‘Preachers of Atlanta’ features a young, vibrant group of pastors who are pushing the envelope and tackling real-world issues in their communities, creating thought-provoking dialogue,” said Rod Aissa, Executive Vice President of Original Programming and Development, Oxygen Media. “The series showcases a new generation of preachers who, through their nontraditional approaches, are unapologetic in their ministry and unafraid to break down boundaries in an effort to drive positive change.”

For more “Preachers of Atlanta” content, fans can visit the official show site to see exclusive video, behind-the-scenes photos, news, interviews, and bios. During the premiere of each episode, viewers can watch and interact with real-time content synced to the show, including chats, photos, bonus videos, and more. To learn more about the cast and get exclusive, snackable content, fans can like the official Preachers on Oxygen Facebook page and join the conversation on Twitter and Instagram using #PreachersofAtlanta.

An Atlanta native, Pastor Corey Hambrick is the pastor of the Life Church Christian Center. Recently celebrating its fourth year of ministry, the Life Church Christian Center has become one of the most buzzed-about churches in the Conyers community. First hearing the call of God at the early age of 14, Pastor Corey believes in the importance of building up the church and also the community. Living by his conviction to not only save souls but to also save lives, Pastor Corey divides his time between his ministry and being a Sergeant Detective at the City of Conyers Police Department.

Between spending quality time with his wife, Corrinne, and their beautiful daughters, Chloe and Mariah, uplifting his congregation, and defending the shield he wears with honor against those who question its merit, Pastor Corey remains committed to his work as both a pastor and a police officer.

A Grammy® Award-winning recording artist, Le’Andria Johnson currently pastors I.P.C. (Imperfect People Changing) Ministries in Atlanta. Employing what some may consider unorthodox methods in her ministry, she is willing to take extreme measures to reach those in need.

In addition to winning a Grammy, Le’Andria is a two-time Stellar Gospel Music Award winner and Billboard magazine’s #1 Female Gospel Albums Artist of 2012. Le’Andria has taken the gospel music scene by storm since being crowned the season three winner of BET’s “Sunday Best” in 2010. The Music World Gospel recording artist’s groundbreaking and chart-topping debut CD, The Awakening of Le’Andria Johnson, entered at #1 on multiple music charts, including both the Billboard Top Gospel Albums and the Top Christian/Gospel Albums charts. The CD also debuted at #1 on the Christian Music Trade Association’s Current Gospel Overall chart.

In 2011, Le’Andria received her first Grammy® Award for Best Gospel/Contemporary Christian Music performance for her debut single, “Jesus.” In 2012, she received her first NAACP Image Award nomination for Outstanding Gospel Album (Traditional or Contemporary) for her current CD project, Le’Andria Johnson The Experience. Known for her captivating live performances, Le’Andria is expanding her music ministry and breaking new ground all over the world. 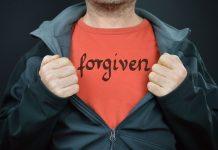 Christian Apparel 101: 4 Tips On Where To Buy

Michael Brown on Why Has John Piper’s Son Become a Bible-Bashing TikTok Star?