There was widespread damage in the Inland Northwest, where schools were closed in Spokane, nearby Coeur d’Alene, Idaho, and many smaller districts. Gonzaga, Whitworth, Washington State-Spokane and Eastern Washington universities, all located in Spokane County, were closed Wednesday.

The city of Spokane was working to clear at least 175 fallen trees that blocked streets, slowing the morning commute. Wind gusts approached 70 mph in the Spokane area Tuesday afternoon and evening.

“Storm damage is spread throughout the city and will take time to assess and clean up,” Mayor David Condon said.

Police said a woman in her 50s was killed Tuesday when a tree toppled in Spokane. Another woman died after a tree fell on her car on Highway 904 about 15 miles southwest of Spokane, according to the Washington State Patrol.

A man in his mid-20s was killed when a tree crushed his car as he was driving in Snohomish County. The tree landed on the car’s roof directly over the driver’s seat, killing him instantly, said Fire Chief Merlin Halverson.

Their identities were not immediately released.

Two mudslides blocked Highway 2 between Skykomish and Deception Falls, the state Department of Transportation said. Ferry trips were delayed or canceled in several areas and Sound Transit trains were delayed due to trees and water on the tracks throughout the system.

Utilities said the number of customers without power remained in the six digits early Wednesday, and it could be days before power is fully restored.

Puget Sound Energy said more than 30 transmission lines were badly damaged, and dozens of crews worked through the night to get the lights back on. The utility said about 100,000 customers were still without power early Wednesday.

The Snohomish County Public Utility District tweeted that about 130,000 of its customers lacked power. Energy company Avista Corp. said more than 158,000 customers had lost power as of Tuesday night around Spokane and in northern Idaho.

Avista described the storm as “historic” in saying it left more people in the dark than an infamous ice storm in 1996, reports CBS Spokane affiliate KREM-TV. That one knocked out power to 100,000 customers.

The strong winds and extended downpour caused fewer problems in Oregon, but roughly 7,000 Portland General Electric customers remained without power in the Portland area. The utility expects to have it restored before noon Wednesday.

Wind gusts of up to around 100 mph rattled areas west and north of Denver, blowing snow from Tuesday’s wintery storm across roads and knocking out power in some spots.

The National Weather Service says Wednesday’s winds are caused by the jet stream interacting with the mountains.

The storm dumped over a foot of snow in some parts of the plains and strong winds created snow drifts several feet high.

Brooklyn Pastor Willie Billips of Faith Hope and Charity House of God Praying for Help to Repair Church Building After It Was Badly Damaged...

Severe Storms to Bring Flooding, Hail, and Tornadoes to Southeast and Mid-Atlantic 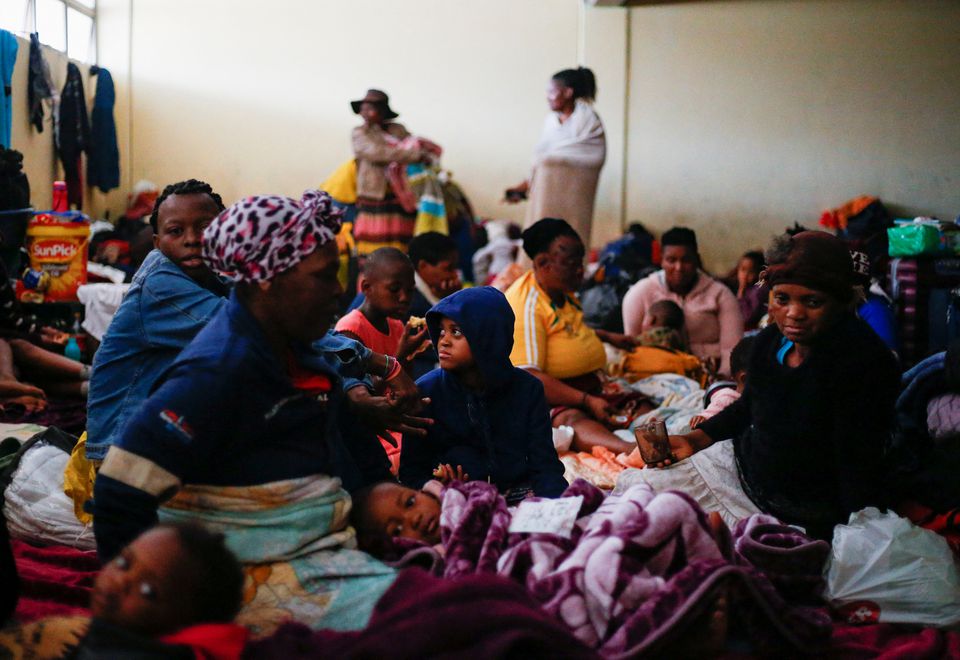