A group representing victims of priest sexual abuse blasted Pope Francis Wednesday for his remarks to U.S. bishops praising their response to the scandal while failing to utter the words “sexual abuse.”

Francis referred to the crisis only obliquely, telling the bishops he was “conscious of the courage with which you have faced difficult moments in the recent history of the Church in this country without fear of self-criticism and at the cost of mortification and great sacrifice.”

“What sacrifice?” said Barbara Blaine of Chicago, the president of Survivor’s Network of Those Abused by Priests. “What bishop takes fewer vacations, drives a smaller car, does his own laundry or has been passed over for promotion because he’s shielding predators and endangering kids? None.”

The Vatican stood by the pope’s handling of the issue. “I am not surprised that there are critics that are not happy. This is not the first time,” said the Vatican Press Secretary, Rev. Federico Lombardi.

Allegations of sexual abuse by priests date back decades, but exploded into a full-blown crisis in 2002 when the Boston Globe published a Pulitzer Prize-winning series detailing a litany of abuses and cover-ups by bishops.

Thirteen years and two popes later, U.S. bishops say they have made reforms that prevent the abuse and require reporting of any allegations to civil authorities.

Louisville Archbishop Joseph Kurtz, president of the U.S. Conference of Catholic Bishops, said the bishops have made progress over the last 13 years with prevention strategies and mandatory reporting policies. “We continue to need to do more. We need to do more in recognizing the pain that victim survivors themselves experience,” Kurtz said.

“I took to heart the Holy Father’s words today,” he said.  “I think he called upon the bishops to restore trust. As you know, rebuilding trust in a relationship takes time, but it also takes positive actions.”

Francis said bishops have not been “afraid to regain the authority and trust which is demanded of ministers of Christ and rightly expected by the faithful.”

“I realize how much the pain of recent years has weighed upon you and I have supported your generous commitment to bring healing to victims – in the knowledge that in healing we too are healed – and to work to ensure that such crimes will never be repeated,” Francis said at the Cathedral of St. Matthew the Apostle, where he met with U.S. bishops for a noontime prayer service.

“His remarks today confirm what we’ve long said and suspected: this pope, like his predecessors, is doing and will do little if anything to bring real reform to this continuing crisis,” Blaine said. 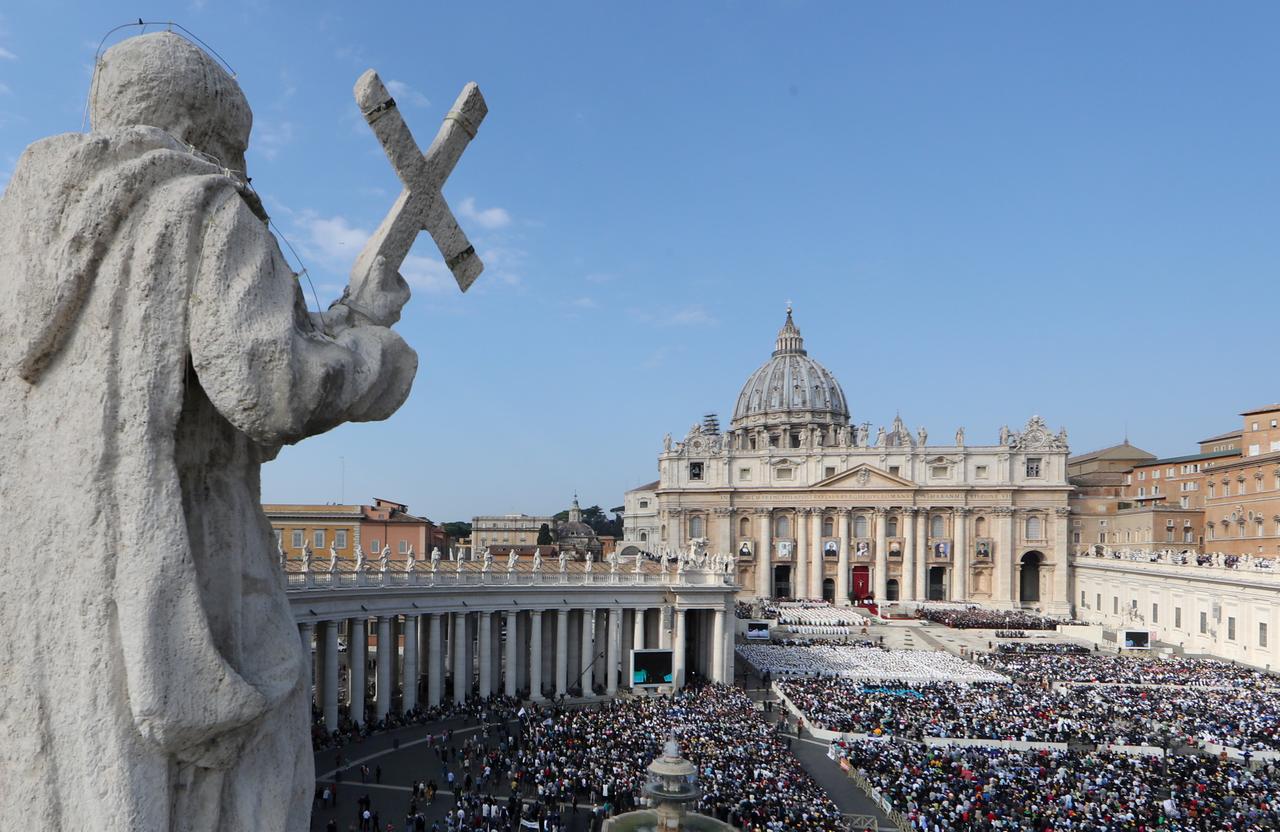