In a night marked by worship, fellowship and workshops, Hispanic Southern Baptist pastors and leaders from across the United States came together for AVANCE 2015 prior to the Southern Baptist Convention’s annual meeting.

The June 14 gathering began at 5 p.m. with worship led by Julio Arriola from Cross Church in northwest Arkansas, followed by a dinner and featured speaker SBC President Ronnie Floyd. David Platt, president of the International Mission Board, also addressed the group. After the dinner, the IMB, the North American Mission Board and LifeWay Christian Resources hosted workshops. The evening concluded with an informational session from the new Hispanic Leadership Network.

Floyd, speaking to some 200 Hispanic Baptists, with translation by IMB Hispanic mobilization leader Jason Carlisle, started his message by quoting Romans 13:11, which states in part, “already it is time for you to awake out of sleep: for now is salvation nearer to us than when we first believed.”

“This is the moment God wants to do a mighty work” in America and beyond, Floyd said at the Greater Columbus Convention Center.

Reaching the United States and other nations for Christ is a mission that requires the participation of Hispanics, Floyd said. “If we’re going to reach America,” he said, “we can’t do it without you.”

He encouraged the Hispanic audience to go back to their cities and towns with a vision and a mission to reach them with the Gospel, assuring them that the SBC would do everything it can to help them carry out that mission.

Floyd concluded his message by saying, “Jesus said: ‘I will build My church and the gates of hell shall not prevail against it….’ And if you go to the end of the book, Jesus wins.”

In a conversation with Baptist Press, Floyd said the best way for Hispanic pastors and leaders to get involved with SBC is through their state conventions and local associations. He also encouraged younger Hispanics to get involved in building churches “the way they need to be built” and to get engaged in Gospel work. 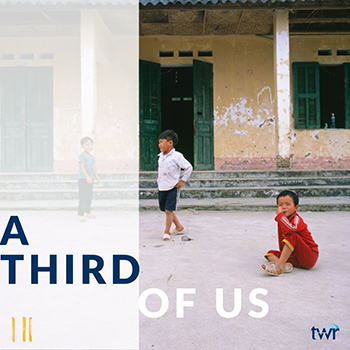 Help Get the Gospel to a ‘Third of Us’