When prosecutor Dan Satterberg used to visit Washington state’s police academy, the seas would part before him. Recruits would snap to attention, backs to the walls, and allow him to pass.

Now, they greet him and start a conversation.

“It takes a lot longer to walk down the halls,” said Satterberg, the elected prosecutor in Seattle’s King County.

The friendlier attitude reflects a campaign underway here and elsewhere around the U.S. to “demilitarize” the police and produce officers who think of themselves as guardians of their communities, not members of an occupying force.

Calls for demilitarizing law enforcement began a few years ago but gained urgency after the violent protests over the shooting of unarmed 18-year-old Michael Brown in Ferguson, Missouri, last summer.

The philosophy was endorsed this week by President Barack Obama’s 21st Century Policing task force. As part of that change in thinking, Obama curtailed the government’s practice of supplying armored vehicles, heavy weapons and other military-style equipment to police departments.

But it isn’t just about the gear.

While some critics say that good officers already consider themselves protectors and that police need the best equipment to defend themselves and the public, many law enforcement leaders see a need for a broader change in police training and culture.

That includes getting cops to use their wits rather than their weapons whenever possible, as well as instilling a strong moral compass. Supporters say the approach could reduce cynicism, corruption and maybe even suicides among officers.

“We are at this moment where we have to re-engineer how we recruit, how we train and how we supervise,” said Chuck Wexler, president of the Washington, D.C.-based Police Executive Research Forum.

“De-escalation, crisis intervention, better communication skills — all of these things are what the 21st century police officer needs to have in any situation, whether it’s talking to a citizen you may have stopped or trying to defuse a situation where a mentally ill person has picked up a rock or a weapon.”

For the past few years, the Washington State Criminal Justice Training Commission, which trains the state’s local police and sheriff’s deputies, has emphasized such skills.

The state academy relies heavily on a curriculum called “Blue Courage,” developed by a former Aurora, Illinois, police commander with support from the U.S. Justice Department. It was first used in 2013 at Arizona’s largest police academy, after local chiefs listened to a presentation.

“It struck a chord,” said Lyle Mann, executive director of the Arizona Peace Officer Standards and Training Board. “There was this feeling that the militarization, the focus on officer safety, this whole confrontational kind of thing was morphing in a way that didn’t feel good to those progressive chiefs.”

The Justice Department has spent $1.5 million so far on Blue Courage, and it has been introduced at the New York City and Baltimore County police departments, as well as academies in Nebraska and Arizona.

Washington state’s academy has boosted the training hours devoted to handling people with drug or mental problems, and Blue Courage principles have been incorporated into firearms and defensive tactics classes. Recruits can fail a training exercise if they use force when it may have been avoidable.

Where recruits were once berated by instructors and indoctrinated with stories about police killed in the line of duty, they are now offered lessons from neuroscience about how the brain reacts to respect or disrespect.

They are taught that police can’t do their jobs unless citizens see their authority as legitimate — something that is eroded with every questionable use of force, rude interaction or corrupt cop.

They are given copies of the Constitution and challenged to think about it. “In my career, my only training in the Constitution was how to get around it,” said Sue Rahr, executive director of Washington’s training commission and a member of Obama’s task force.

Rahr, a former sheriff, took over the commission three years ago, and among her first priorities was dropping the requirement that recruits salute staff members. Instead, they are required to politely begin a conversation, just as officers might be expected to do with citizens on the street.

“The traditional thinking is you’ve got to scare the crap out of them so they’re ready and they don’t get hurt,” Rahr said. “I completely understand that. But you can take it too far, to the point where you make them into a soldier and they’re viewing everyone as an enemy and a potential threat.”

She stressed that Washington’s academy remains as physically demanding as ever.

During a recent mock scene, Patrick Barnes, a recruit from the Clark County Sheriff’s Office in the Vancouver area, entered a room decorated like a tavern. An intoxicated man, played by a martial artist in a padded suit, was refusing to leave.

Barnes amiably tried to persuade the man to exit, chatting with him about his T-shirt, but the man slapped him. Barnes took him down and cuffed him in a fierce wrestling match.

Afterward, instructor Russ Hicks praised Barnes for trying to avoid using force, but using it decisively when necessary. Another instructor, Tim Fasnacht, reflected on how the scene had changed in recent years: “It used to be more of a beat-down fest. I’ve seen it where the officers would come in without even talking.”

Barnes, the 27-year-old son of a police officer, said he has always known the importance of treating citizens with respect. The Blue Courage classes have crystallized those concepts, he said.

“It is a noble profession, and we should be keeping it that way,” he said.

Seattle University researchers began a five-year study last fall to follow new graduates of the academy to measure the effect on their attitudes and how they do their jobs.

Richland Police Sgt. Wayne Dubois, president of the Washington State Tactical Officers Association, said it is fine to stress the noble aspects of policing as long as officers are still getting the hard training that will prepare them for a life-or-death fight.

“At the end of the day, what they’re describing is what any police officer worth his or her salt would do,” the SWAT officer said. “I’ve been in multiple situations where legally and by policy I could have shot someone. You know why I didn’t? Because it wasn’t the right thing to do.” 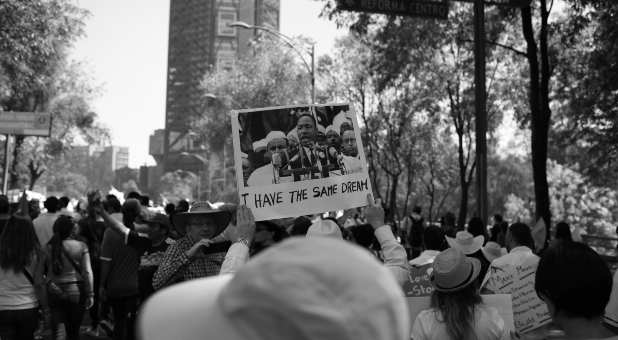