A column of traffic several vehicles wide snaked for miles at a checkpoint in Sadr al-Yusufiyah, on the edge of Baghdad province, as minibuses, cars and trucks picked up families who crossed by foot carrying their possessions in bags and wheelbarrows. Suhaib al-Rawi, the governor of Anbar province, of which Ramadi is the capital, described it as a human disaster on a scale the city has never witnessed.

U.S. and Iraqi officials have warned that the city is at risk of falling to the Islamic State despite seven months of airstrikes by U.S. planes in Anbar. Such a loss would be a serious blow to Iraq’s government, which recently announced a military campaign for the province after retaking the militant stronghold of Tikrit, and to the international effort to push back the militant group, whose gains in Ramadi have demonstrated an ability to create chaos even while under pressure.

That resilience was further underscored in the Kurdish city of Irbil on Friday, where the Islamic State was suspected of carrying out a car bombing near the U.S. Consulate. Faced with the expanding crisis on his return Friday from Washington, Prime Minister Haider al-Abadi ordered immediate reinforcements to Ramadi amid claims that some Iraqi security forces had withdrawn.

“The situation is critical right now,” Rawi said of the teetering security in Ramadi. “Such a large wave of displacement has never happened in the history of the city.”

Raad al-Dahlaki, head of the Iraqi parliament’s committee for the internally displaced, said that 10,000 people had crossed into Baghdad province but that about 20,000 more remained stranded at the checkpoint because of a guarantor system, which requires fleeing families to have someone vouch for them.

Many arriving Friday in Sadr al-Yusufiyah had spent days traveling and said that few civilians had remained behind. Some were police officers who said they had left their positions after other security forces retreated and their ammunition had run low.

“How can you fight with only 20 bullets?” said a 47-year-old police officer, who added that he had left the Malab neighborhood of Ramadi three days earlier with 18 members of his extended family. Like others interviewed, he spoke on the condition of anonymity because he had abandoned his post. He said the army had also withdrawn, a claim that could not be immediately verified.

“Daesh has M16s and M4s, and we only have Kalashnikovs,” said another police officer, using the Arabic acronym for the Islamic State. He said he had fled his home in Ramadi’s Soufiyah neighborhood with his wife and 1-year-old child. “I don’t think I will ever see my house again.”

Rawi said that there had been “realignments” of forces but not retreats and that there were assurances from the U.S.-led ­coalition that airstrikes would increase. Still, he said, support has been sorely lacking.

“We don’t know if it’s neglect or just a lack of capacity,” he said.

Brig. Gen. Tahseen Ibrahim, a spokesman for Iraq’s Ministry of Defense, said reinforcements from counterterrorism units had been deployed.

“Our troops are preparing themselves to attack,” he said. Discussions were underway as to whether to also send what are known as popular mobilization forces, which include Shiite militias, but there was not yet an agreement, he said.

The question of sending the largely Shiite paramilitary forces has been contentious in Anbar, a predominantly Sunni province. But as the security situation has deteriorated, a growing number of local tribal leaders and officials have said they need all the help they can get. In his sermon Friday, Iraq’s top Shiite cleric, Grand Ayatollah Ali Sistani, said “all sons of Iraq” should help the fight, a comment viewed as an endorsement of the militias playing a role.

At a Pentagon briefing Thursday, Gen. Martin Dempsey, chairman of the Joint Chiefs of Staff, played down the importance of Ramadi, saying that it is “not symbolic in any way” and that Baiji, a key location for Iraq’s oil infrastructure, is “a more strategic target.”

But Iraqi military officials have said that securing Anbar province, much of which is controlled by the ­Islamic State, is an essential step before any advance on Mosul, the group’s base of power in Iraq. 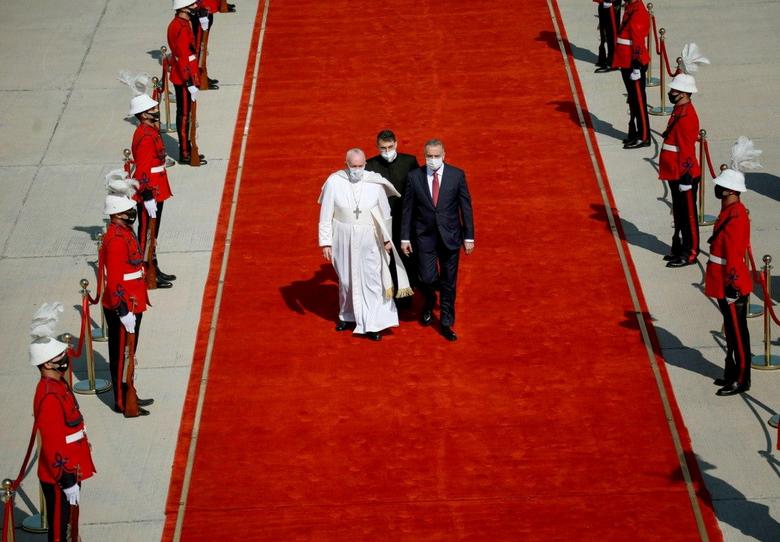