It was a lesson in the school of hard knocks for a promising young leader.

A crowd had gathered in an urban center, ready to hear him speak. He rose to the occasion, feeling a fresh anointing of the Holy Spirit. He spoke with conviction and clarity, and found remarkable reception among the people.

But word of his explicitness about Jesus quickly made its way to the powers-that-be and ruffled their feathers. Soon they descended upon the young firebrand, and he and his ministry partner spent the night in custody before facing interrogation the following day.

Still his courage had not been in vain. They may have arrested Peter and his companion John (Acts 4:3), but “many of those who had heard the word believed, and the number of the men came to about five thousand” (Acts 4:4).

Arrest didn’t sink the advance of the gospel. The two went hand in hand.

The days of gospel persecution in the United States no longer just hang on the distant horizon; they are already here, at least for some. It’s beginning with the bakers, florists and photographers. Before long, the consensus may be that faithful biblical exposition is “hate speech.”

For 350 years, the church on American soil has enjoyed relatively little affliction for her fidelity to the Scriptures. This nation, though, is an anomaly in church history. And those days are passing, more quickly than many of us expected.

Once the most basic beliefs and morals of Christianity were taken for granted not only in the church, but in society at large. Now many of our most deeply held, once uncontroversial, claims are under full assault, within and without. Barring some change in trajectory, it will only be a matter of time before some of our leaders will find themselves in custody.

Think It Not Strange

Do not panic. For 2,000 years, this has been what it has meant to identify with Christ in the world—the normal experience of those who follow a man who was crucified. Suffering for the gospel was not just tolerated in the early church; it was expected. Peter learned the lesson in Acts 4, and again in Acts 5. Then Stephen was stoned in Acts 7. After Acts 3, only three of the book’s remaining 25 chapters have no mention of persecution.

The storyline of the early church turns on opposition and oppression. This same Peter writes, “Beloved, do not be surprised at the fiery trial when it comes upon you to test you, as though something strange were happening to you” (1 Peter 4:12).

For now, deluded by American history, we’re prone to think it strange. We aresurprised. “Give us our country back!” Our angry, desperate reactions only show how out of step we are with the tenor of the New Testament. Our entitlement and resentment reveal a heart foreign to the reality of “a better country, that is, a heavenly one” (Hebrews 11:16).

Soon enough, though, our expectations will necessarily adjust to what is normal for the true church in other times and places. We will increasingly realize that when we proclaim a gospel like ours, and make the sort of claims we do, the world won’t receive it well. For Christians, it really is strange not to be persecuted.

Jesus said as much. “A servant is not greater than his master. If they persecuted me, they will also persecute you” (John 15:20). Paul picks up the refrain. “Indeed, all who desire to live a godly life in Christ Jesus will be persecuted” (2 Timothy 3:12). The Scriptures seem to suggest we should be more concerned if we’re not being persecuted than if we are.

Embracing persecution for the sake of the gospel is Christianity 101. How did Paul and Barnabas minister to fledgling churches? “They returned to Lystra and to Iconium and to Antioch, strengthening the souls of the disciples, encouraging them to continue in the faith, and saying that through many tribulations we must enter the kingdom of God” (Acts 14:21–22). It is a sobering word, but not a cause for despair.

Arrest and Advance, Together

To say we will suffer opposition is not to say that the spread of the gospel will be stymied. In fact, what we learn from Peter and John in Acts 4:3–4, and from the life of the apostle Paul, and from Jesus himself, is that arrest and advance go together in God’s invincible story.

The same is true today, and will be tomorrow. We will find that our newfound opposition and affliction, while being difficult and painful, is a good and fruitful phenomena. It will be more and more like the first century, when the gospel was attacked on every side and spread like wildfire.

Paul describes this powerfully from a prison cell in Rome. Look for the irony.

I want you to know, brothers, that what has happened to me has really served to advance the gospel, so that it has become known throughout the whole imperial guard and to all the rest that my imprisonment is for Christ. And most of the brothers, having become confident in the Lord by my imprisonment, are much more bold to speak the word without fear. (Philippians 1:12–14)

You can’t arrest the gospel. In fact, when you imprison one whose words and life boldly declare the good news of Jesus, you only help it grow and spread. You may shackle the feet of the messenger, but his message will run. “Remember Jesus Christ, risen from the dead, the offspring of David, as preached in my gospel, for which I am suffering, bound with chains as a criminal. But the word of God is not bound!” (2 Timothy 2:8–9).

But our message will not run if we go kicking and screaming. It is not the grumblers and complainers who shine as lights in the midst of a crooked and perverse generation (Philippians 2:14–15). Rather, it is those who embrace suffering for the name of Jesus with joy.

But rejoice insofar as you share Christ’s sufferings, that you may also rejoice and be glad when his glory is revealed. If you are insulted for the name of Christ, you are blessed, because the Spirit of glory and of God rests upon you. (1 Peter 4:13–14)

Christians are not a dour people, even in the darkness of a dungeon. We don’t whine and bellyache as our society lines up against us and our convictions. We plead. We grieve. But beneath it all we have untouchable strongholds of joy. Even in the worst, most inconvenient, most lonely days, we rejoice. The suffering days are good days for gospel advance. We have great cause to be optimistic about our good news, to “joyfully accept” prison and the plundering of our possessions and even our freedoms.

After all, they can take our civil liberties, garnish our wages and smear our names, but they cannot take our Treasure, who is “a better possession and an abiding one.”

So we are not surprised. We do not retreat. Instead, grounded in God’s eternal promises, armed with joy in him and assured of victory in the end, we ready ourselves for whatever opposition comes. Perhaps one day it will be said of us,

You endured a hard struggle with sufferings, sometimes being publicly exposed to reproach and affliction, and sometimes being partners with those so treated. For you had compassion on those in prison, and you joyfully accepted the plundering of your property, since you knew that you yourselves had a better possession and an abiding one (Hebrews 10:32–34).

David Mathis (@davidcmathis) is executive editor at desiringGod.org and an elder at Bethlehem Baptist Church, Minneapolis. He has edited several books, including Thinking. Loving. Doing., Finish the Mission, and Acting the Miracle, and is co-author of How to Stay Christian in Seminary. 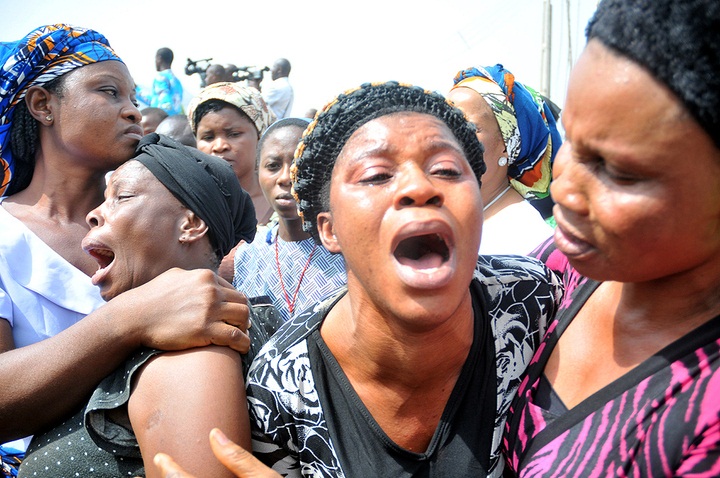