The South Carolina police officer charged with murder after video surfaced of him shooting a fleeing unarmed black man in the back was allowed to stay on the force despite an earlier complaint that he used excessive force against another unarmed man.

In an exclusive interview with The Associated Press, Mario Givens recounted Wednesday how he was awakened before dawn one morning in September 2013 by loud banging on the front door of his family’s North Charleston home.

On his front porch was Patrolman Michael Thomas Slager, the white officer now charged in the shooting death of Walter Lamer Scott following a traffic stop over a broken taillight. The latest case of a white police officer killing an unarmed black man grabbed international attention this week after a video recorded by a bystander showed Slager firing eight times as Scott ran away.

The uproar over Scott’s death comes amid a plunge in trust between law enforcement and minorities after the officer-involved killings of other men, including Michael Brown in Ferguson, Missouri, and Eric Garner on Staten Island, New York, which have triggered nationwide protests. Cases involving white officers have come under particular scrutiny.

Wearing only a T-shirt and boxer shorts, Givens, who is also black, said he cracked open his door and asked the officer what he wanted.

Then, without warning, Slager pushed in the door, he said.

“‘Come outside or I’ll tase you,'” he recalled the officer saying as he burst in. “I didn’t want that to happen to me, so I raised my arms over my head, and when I did, he tased me in my stomach anyway.”

He said the pain from the stun gun was so intense that he dropped to the floor and began calling for his mother, who was also in the home. At that point, he said another police officer came into the house and they dragged him outside and threw him to the ground. He was handcuffed and put in the back of a squad car.

Though initially accused of resisting the officers, Givens was later released without charge.

“It was very devastating,” said Bessie Givens, 57, who was awaked by her son’s piercing screams. “You watch your son like that, he’s so vulnerable. You don’t know what’s going to happen. I was so scared.”

It turned out that the police officers had gone to the family’s home at the behest of his brother’s ex-girlfriend, who earlier reported awakening in her nearby house to find Matthew Givens in her bedroom, uninvited. She said he left when she began screaming, and she dialed 911.

That woman, Maleah Kiara Brown, told The AP in an interview on Wednesday that she and a friend had followed the police officers over to the Givens home and were sitting outside as Slager knocked on the door. The second officer had gone around to the back of the house.

She had provided the officers with a detailed description of Matthew Givens, who is about 5 feet, 5 inches tall. Mario Givens stands well over 6 feet.

“He looked nothing like the description I gave the officers,” Brown said, referring to Mario Givens. “He asked the officer why he was at the house. He did it nicely. The police officer said he wanted him to step outside. Then he asked, ‘Why, why do you want me to step outside?’ Then the officer barged inside and grabbed him.”

Moments later, she saw the police officers drag Givens out of the house and throw him in the dirt. Brown said she kept yelling to the officers they had the wrong man, but they wouldn’t listen. Though Givens was offering no resistance, she said she saw Slager use the stun gun on him again.

“He was screaming, in pain,” she said. “He said, ‘You tased me. You tased me. Why?’ It was awful. Terrible. I asked the officer why he tased him and he told me to get back.”

She said she later told a female police supervisor what she had seen.

“He was cocky,” she said of Slager. “It looked like he wanted to hurt him. There was no need to tase him. No reason. He was no threat — and we told him he had the wrong man.”

Angered by what happened, Mario Givens went downtown to police headquarters the following day and filed a formal complaint. He and his mother say several neighbors who witnessed what happened on the family’s front lawn also contacted the police, though they say officers refused to take their statements.

The incident report from that night filed by Slager and the other officer, Maurice Huggins, provides a very different version of events. In the report, obtained by the AP through a public records request, Slager wrote that he could not see one of Givens’ hands and feared he might be holding a weapon. He wrote that he observed sweat on Givens’ shirt, which he perceived as evidence he may have just run from Brown’s home, and then ordered him to exit several times.

When Givens didn’t comply, Slager said he entered the home to prevent him from fleeing, and was then forced to use his stun gun when Givens struggled against him. According to the officers’ report, the two Givens brothers are described as looking “just alike.”

After Mario Givens filed his complaint, the department opened an internal investigation. A brief report included in Slager’s personnel file said a senior officer was assigned to investigate. After a couple weeks, the case was closed with a notation that Slager was “exonerated.”

Brown is listed as a witness in the investigative report, but her purported statement included none of the details she said she provided about Slager using his Taser to shock Givens while he was on the ground. She said she was never contacted as part of the police investigation and had not spoken with anyone about that night until she was contacted by an AP reporter Wednesday.

The report also includes statements from Givens and another woman who was there that night, Yolonda Whitaker, said she saw Slager stun Givens “for no reason.” Efforts to reach Whitaker on Wednesday by phone and the addresses listed for her in the police report were unsuccessful.

Givens said he was never contacted as part of the internal investigation into Slager and only learned the case had been closed after he went to the station about six weeks later and asked what happened.

“They never told me how they reached the conclusion. Never. They never contacted anyone from that night. No one from the neighborhood,” Givens said.

Asked about the 2013 incident on Wednesday, North Charleston police spokesman Spencer Pryor said the department now plans to review the case to see if its decision to exonerate Slager was correct. He had no timetable on when that review might take place.

Givens shook his head Wednesday when asked about his reaction to learning Slager had been charged with murder. Slager is being held in jail without bond.

“It could have been prevented,” Givens said of Scott’s death. “If they had just listened to me and investigated what happened that night, this man might be alive today.” 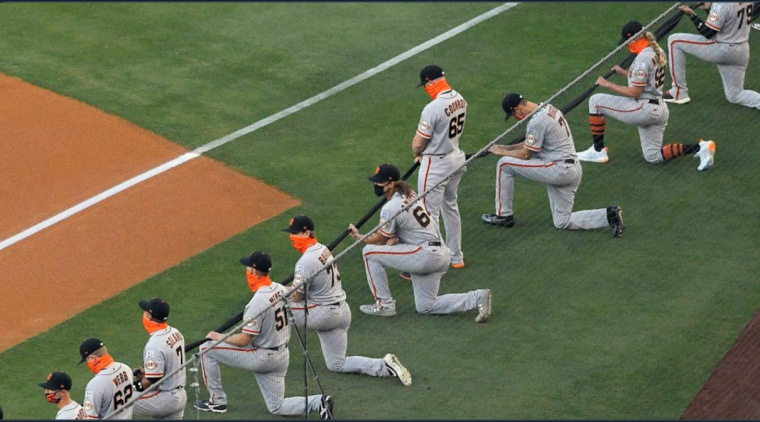