The terrible images are sharp and clean, and they seem to show what common sense says has been happening all along: A white police officer — unnecessarily and unlawfully — took aim and killed an unarmed black man. For once, the white officer was quickly charged with murder.

What happened to Walter Scott in North Charleston, S.C., on April 4, and what has unfolded there since — a “sickened” police chief, a calm community, a swift arrest — may represent a turning point that shifts “Black Lives Matter” from protesters’ demands to everyday reality. But I’m not sure.

Each case is distinct, but this much is the same: A black boy or man is dead, apparently for no good reason, at the hands of police officers, or in the case of Martin’s killer, George Zimmerman, a wannabe cop. Eleven killings, and charges filed just three times so far — against Zimmerman (who was acquitted), the reserve deputy who shot Harris (and was allowed to take his Bahamas vacation anyway), and Michael Slager, in the Scott case .

All of this has taken us far from the hope and joy of Nov. 4, 2008, when President Obama was first elected. I stood in Grant Park in Chicago along with thousands of his ecstatic supporters from every imaginable ethnic group. I thought America was finally on a fast track to reconciliation, that we’d overcome our obsession with race. But I was wrong.

Almost as soon as Obama was sworn in, the enmity bubbled up. The racial animus was stunning. “You lie,” a Republican congressman called out as Obama addressed the House and Senate. I’d never seen a sitting president treated with such disdain. I can’t help but believe that the tea party’s venomous anti-Obama narrative contributes to the fear and loathing experienced by black men on the nation’s streets.

Kerman Maddox is a communications executive in L.A. He is a co-founder, along with L.A. County Supervisor Mark Ridley-Thomas, of Suits in Solidarity, a group organized to change the narrative about African American men and support the Black Lives Matter movement. 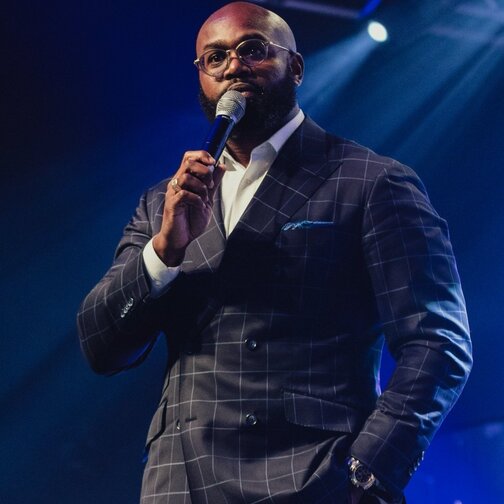 Former North Carolina University Football Player John Amanchukwu Who Got Saved and Became a Pastor Urges Other Pastors to Speak Out Against the “racist...