California health authorities on Friday declared an end to a large measles outbreak that started at Disneyland and triggered a national debate about vaccinations.

Disease detectives for months raced to contain the highly contagious disease, which surfaced at Disney theme parks in December and spread to a half-dozen U.S. states, Mexico and Canada.

The outbreak sickened 147 people in the U.S., including 131 in California. There were no deaths.

Officials at the California Department of Public Health said no new infections have been reported for the past 42 days – or two incubation periods – meaning the outbreak is over in the U.S.

But it is still active in the Canadian province of Quebec, where 159 people were sickened. Most belong to a tight-knit religious community with a low vaccination rate. 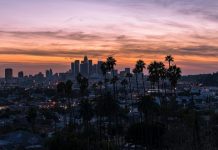 5 Things to know before moving to California