Ten deputies who were involved in the videotaped beating of a suspect who fled on horse have been put on leave pending an investigation, San Bernardino County Sheriff John McMahon said Friday.

McMahon announced the action in the aftermath of the arrest of 30-year-old Francis Pusok, who fled by car and then on a stolen horse when deputies tried to serve a search warrant in an identity-theft investigation Thursday.

McMahon says an internal investigation has begun on the use of force.

In addition, two criminal investigations have begun — one into Pusok’s actions and the other into the deputies actions.

According to McMahon, deputies were “familiar” with Pusok’s criminal history prior to the pursuit, a rap sheet that includes attempted robbery, threats against a deputy sheriff and animal cruelty charges for shooting a puppy in front of family members.

The sheriff says he was “disturbed and troubled” by what he saw in the video recorded by a local news helicopter crew.

Deputies say they tried to hit Pusok with a Taser, which was ineffective.

The helicopter footage then shows one of the deputies kicking Pusok in the head, another kicking him in the groin, and together punching and kneeing him.

Other deputies are then seen moving in and hitting Pusok. At this point, Pusok’s actions were unclear as he was hidden beneath the group of officers.

The entire incident lasted more than a minute.

“The video surrounding this arrest is disturbing, and I have ordered an internal investigation be conducted immediately,” he said in a statement. “In addition, members of the Specialized Investigation Detail are responding to conduct the criminal investigation.”

At a news conference Friday, McMahon told reporters, “It appears to be excessive to me based on what I saw in the video.”

Pusok’s family attorney Jim Terrell told reporters he believes the footage “is far worse than Rodney King” and has called for the termination and arrests of the deputies seen in the beating.

“There weren’t 11 officers on Rodney King,” he said. 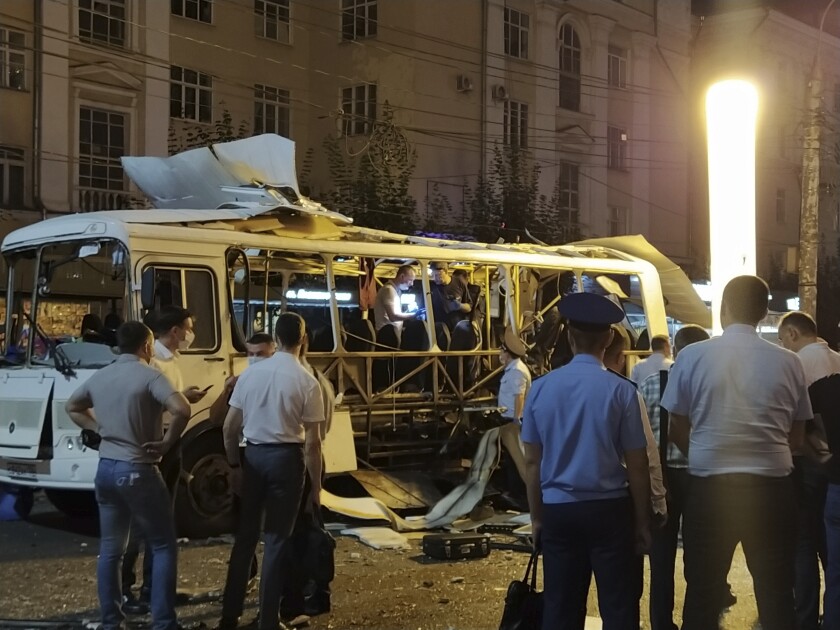