A Minnesota man who drove through a Ferguson protest last fall and dragged a woman with his car will not face felony charges.

Jeffrey P. Rice. 40, of St. Paul, did not reflect criminal intent when he drove through a crowd of people at a Minneapolis intersection last year, the Hennepin County district attorney’s office announced Thursday, according to the Minneapolis Star-Tribune.

A startling video from the incident shows the crowd scatter but a 16-year-old girl being dragged on the road by the car. Her fellow protestors rushed to her aid as they tried to pull her away from the vehicle.

The victim suffered a minor injury to her leg. The driver pulled over after he passed the people and called 911, reports TV Station CBS Minnesota.

The office said his actions did not constitute being charged, but declined specifics, the newspaper reported.

The Minneapolis Police Department said it would send the case to the city district attorney’s office for possible misdemeanor charges, the newspaper reported. The county office handles felony cases.

Police said in the report that Rice was trying to “flee from the mob” as his vehicle was being damaged. 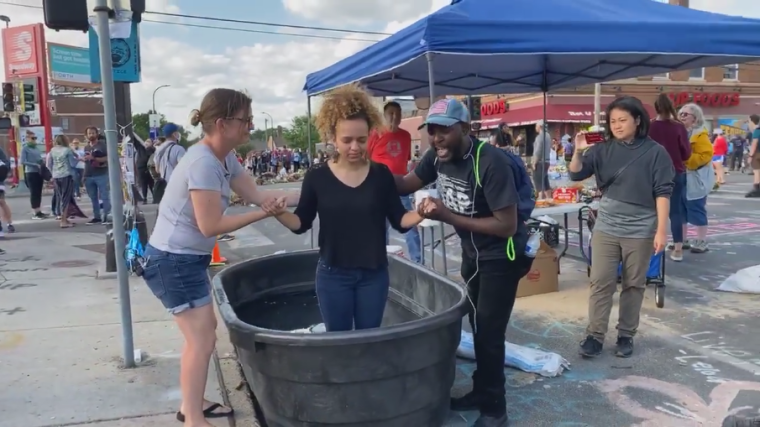