According to a Field Poll (pdf) released last Wednesday, former Secretary of State Condoleezza Rice leads a crowded field of potential candidates for California’s open U.S. Senate seat in 2016. It’s a notable occurrence that Rice, a Republican who has served in two White House administrations, has support from 49 percent of voters in a Democratic-stronghold state. But the more remarkable revelation from the poll is not only who came in first but also who finished a close second at 46 percent: California Attorney General Kamala Harris.

Unfortunately, this dream matchup between two of the nation’s best and brightest thinkers is not going to happen. Despite calls from black conservatives and a clear indication that she would be competitive, Rice is adamant that she has no interest in running for the office. But California politics aside, Rice should run because of what it would mean to black America: A Rice-Harris election would put the nation on notice that black women are here to claim their share of national leadership.

Though black women have long held seats in the U.S. House of Representatives, there’s only been one black woman in the Senate in its 226-year history—Sen. Carol Moseley Braun (D-Ill.)—who’s been out of office for over 15 years. At the moment, when the upper chamber convenes to debate the most important issues facing the country—from health care to homeland security—there is no black woman’s voice in the room. There’s never been a black woman on the Supreme Court. And Republicans seem intent on blocking the pending confirmation of Loretta Lynch as attorney general—she’d be only the second black woman since Rice to serve in a president’s Cabinet. This is unacceptable.

By contrast, black women are increasingly taking the political and economic helm in black America. More than 3 in 4 black homes have black women as householder, responsible for the majority of the $1.1 trillion in black buying power. On the strength of black women, black voter-participation rates in 2012 were higher than white voter-participation rates for the first time in history. It’s been specifically black women’s votes that have determined recent election outcomes.

Rev. Mark H. Creech on A Prayer for the New President, Vice President, and Their Administration 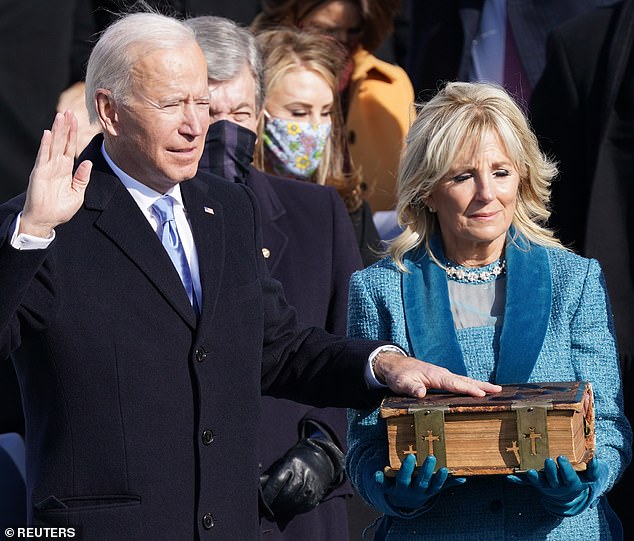 Biden will hit the ground running as president immediately after inauguration