First, today, under the Sign category of DISTRESS AMONG NATIONS — According to Agence France-Presse (AFP), the US Congress on Saturday unanimously approved fresh economic sanctions against Russia and lethal weapons for Kiev, defying President Barack Obama and hardening American lawmakers’ response to a Kremlin-backed insurgency in Ukraine. Identical texts of the Ukraine Freedom Support Act passed both the Senate and House of Representatives by unanimous consent. Ukraine welcomed the bill that would allow Washington to provide lethal military assistance to the embattled country, but Russia expressed outrage at the “openly confrontational” legislation. The bill now awaits President Obama’s signature or veto.

Second, today, under the Sign category of THE TURMOIL IN ISRAEL & THE MIDDLE EAST — According to the Jerusalem Post, the Israeli military’s Planning Directorate head, Major General Nimrod Shefer, said the threat of the Islamic State has compelled Israel to foster unlikely alliances, or “frenemies.” The unexpected turn of phrase from the general, which depicts a relationship where friends are also enemies, was used to describe how Israel finds itself in the surprising position of being aligned with the likes of Saudi Arabia when it comes to the Islamic State threat. Shefer said, “We see great opportunity in the fact that the international community recognizes the threat of IS and the threat of Al Qaeda. That there is a coalition operating in the Middle East against this, is the most dramatic change [in the region] and the realization in the world that there is a problem that we have to fight together.”

Third, today, under the Sign category of WARS & RUMORS OF WARS — According to NBC News, the NATO alliance’s top commander in Europe says Vladimir Putin’s aggression in Ukraine and other intimidating shows of force have created a “very different kind of scenario” for NATO. On Monday, 28 Russian military planes including TU-95 and TU-22 strategic bombers were intercepted over the Baltic Sea near Latvia’s border. On Tuesday, a Russian plane violated Estonia’s airspace. Gen. Philip Breedlove said the recent Russian flights were “of a different nature than we’ve seen in a while.” In its latest move to reassure nervous allies that border Russia, NATO leaders met in Germany this week to analyze the results of Exercise Trident Lance 2014. Its training scenario dealt with the hypothetical invasion of NATO member Estonia and included everything from missile strikes to cyber attacks. It was the first NATO exercise of its kind since the end of the Cold War.

Fourth, today, under the Sign category of INCREASED PERSECUTION — According to Christian Post, a group of around 30 Hindu radicals reportedly attacked a Christian pastor and 15 of his church members singing Christmas carols in the Indian city of Hyderabad over the weekend, accusing the Christians of trying to convert people. The attack left Pastor Bhim Nayak of Banjara Baptist Church and four other Christians severely injured. International Christian Concern reported that the attack occurred on Saturday night, when Nayak and his church members were singing carols while visiting other Christian families. The local hospital has said that the pastor remains in critical condition, while four other Christians injured in the attack are receiving medical attention as well.

Fifth, today, under the Sign category of THE TURMOIL IN ISRAEL & THE MIDDLE EAST — According to Israel Today News, Prime Minister Benjamin Netanyahu met in Rome on Monday with U.S. Secretary of State John Kerry in a bid to thwart a potential move at the U.N. to recognize a Palestinian state within two years, if peace talks fail to produce an agreement. Netanyahu also recently spoke with French President Francois Hollande about this issue, and expressed his dissatisfaction with France’s support for the U.N. initiative. In the meeting with Kerry on Monday, Netanyahu requested that the U.S. use its Security Council veto against a Palestinian resolution (which could be proposed on Wednesday) to set a two-year deadline for the establishment of a Palestinian state and an “end to the occupation.”

The prophetic passage of Scripture we are looking at today is Exodus 7:4-5 which reads: “But Pharaoh shall not hearken unto you, that I may lay my hand upon Egypt, and bring forth mine armies, and my people the children of Israel, out of the land of Egypt by great judgments. And the Egyptians shall know that I am the Lord, when I stretch forth mine hand upon Egypt, and bring out the children of Israel from among them.”

The Lord could have delivered the Hebrews from Egypt with one powerful and dramatic act, but He chose to prolong the process through a series of ten plagues delivered over an approximate period of six to nine months, spanning the late summer or early fall of 1446 B.C. through the spring of 1445 B.C. With each plague the intensity of God’s judgment on Egypt escalates and there is a marked increase in the people’s suffering and the land’s devastation.

The ten Egyptian plagues serve four divine purposes. The first and most obvious purpose for the plagues is to compel Pharaoh to release the Hebrews from bondage. The second is to punish the Egyptians for their harsh treatment of the Hebrews. This purpose references the reciprocal conduct clause of the Abrahamic Covenant, which states that God will curse those who curse Israel. The third is to demonstrate God’s sovereign power and absolute authority to both the Hebrews and the Egyptians.

The fourth reason is to demonstrate the Lord’s superiority over Egypt’s many false gods. There were some 80 ancient Egyptian gods, each one the personification of some animal or object. In addition, Pharaoh himself was considered to be the incarnation of the god Horus, with the court magicians serving as his priests. Each of the ten plagues was designed to challenge a specific god or several gods within the Egyptian pantheon and ultimately, topple the credibility of Pharaoh’s own divinity as well.

Our second coming quote for today is from Geoffrey B. Wilson. He said, “The brightness of Christ’s advent will reveal the true character of those things which were previously hidden by darkness.”

Germany to Return Over 1,000 Artifacts Known as Benin Bronzes to Nigeria

Monkeypox Cases in Europe Have Tripled in the Last Weeks 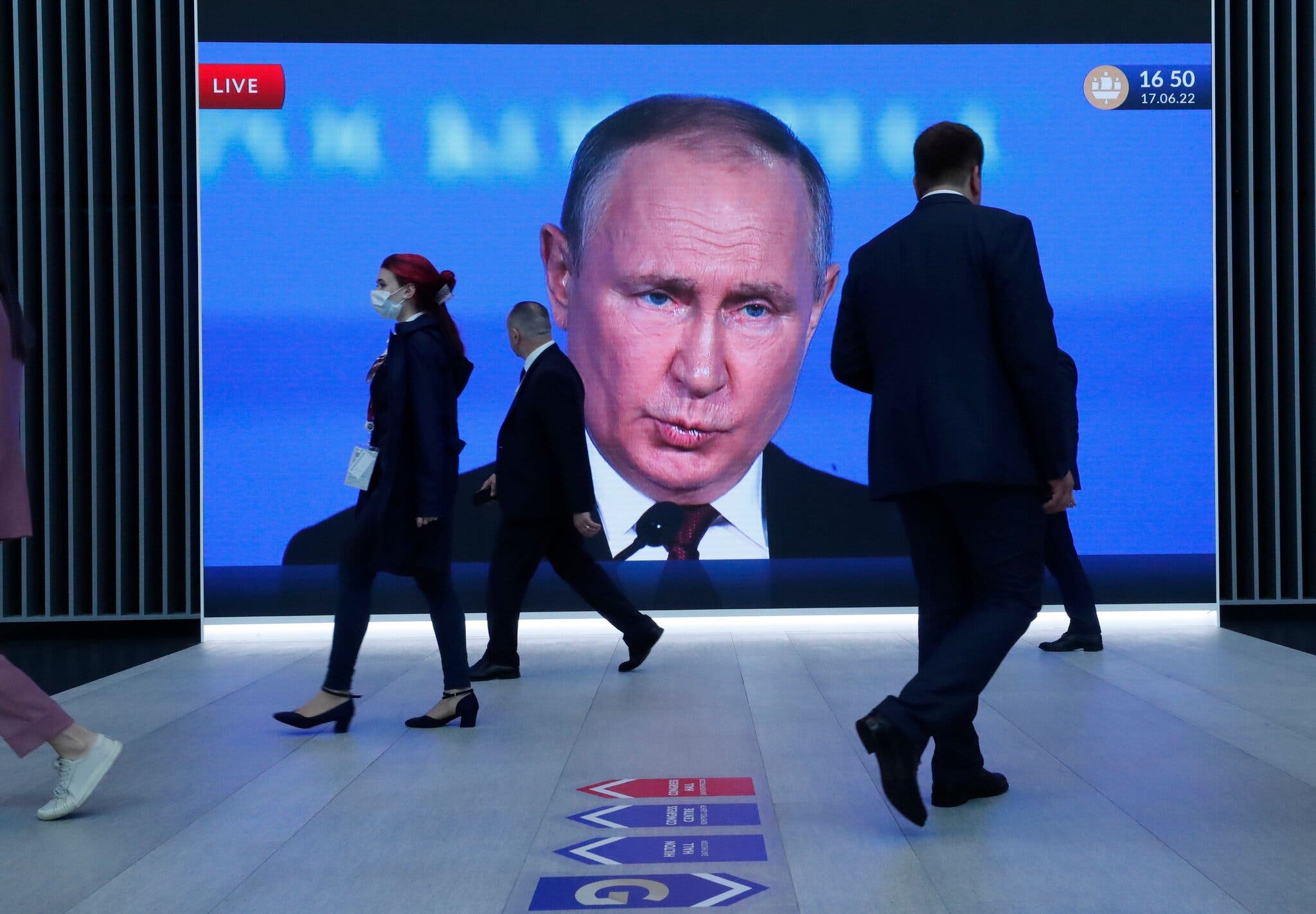 In Speech at St. Petersburg International Economic Forum, Putin Calls U.S. a Fading Power and Says Russia Will Flourish Without the West