Editor’s note: This was first published on Dec. 24, 2012. For those who are wondering about the retro title of this black-history series, please take a moment to learn about historian Joel A. Rogers, author of the 1934 book 100 Amazing Facts About the Negro With Complete Proof, to whom these “amazing facts” are an homage.

Amazing Fact About the Negro No. 11: Who was the first black person to see the baby Jesus?

African Americans have long been fascinated by the presence of black people in the Bible. This concern, for my generation, became quite intense about the time that Rev. Albert Cleage founded the Shrine of the Black Madonna in Detroit in 1967, and many black Christians sought to reconcile their faith with a growing involvement in black cultural nationalist politics. The claims of the blackness of biblical characters can be a bit extreme — my cousin, Little Jim, for example, to his dying day insisted that Jesus had to have been a black man because some biblical passage I could never find apparently described him as having “woolly” hair or hair “like a lamb.” For the record,Revelation 1:14-15 says, “His head and his hairs were white like wool, as white as snow; and his eyes were as a flame of fire; And his feet like unto fine brass, as if they burned in a furnace; and his voice as the sound of many waters.” Regardless of how you interpret that, there is no question that the Bible, in both the Old and New Testaments, is full of brothers and sisters.

An article by Cain Hope Felder of Howard University’s Divinity School, excerpted on the website of the American Bible Society, is a good place to start if you want to pursue this matter based on reliable scholarship. Among some of persons thought to be of African descent in the Old Testament are Moses’ second wife, Zipporah (Numbers 12:1 and Exodus 2:21); the Queen of Sheba (1 Kings 10:1-13), whom the Ethiopians claim; and Taharqa, a Kushite (Nubian) king who reigned as pharaoh of the 25th Dynasty of Ancient Egypt between 690 and 664 B.C. (2 Kings 19:9 and Isaiah 37:19).

The New Testament refers to a number of black people as well, including Simon of Cyrene, who carried Jesus’ cross (Matthew 27:32), and the Ethiopian eunuch, the emissary of Queen Kandake (or Candace), who is thought to be one of the first non-Jewish people baptized (Acts 8:26-40) after Jesus’ crucifixion. (Ethiopia is referred to about 40 times in the Bible, by the way.)

But the first black person thought to have seen Jesus didn’t become “black” in pictorial representations until late in the Middle Ages.

Most of us raised in the black church know that the first black man to see the baby Jesus is thought to have been one the wise men, the brother splendidly bedecked in his gilded robe, gold crown or turban, solemnly adoring the newborn savior as he offers his gift of myrrh (an embalming oil). We see him standing in many of the crèches or three-dimensional nativity scenes on the lawns of homes and on the altars of churches throughout the month of December. And this black man’s name, according to legend, was Balthasar (or, according to an alternative tradition, Caspar). 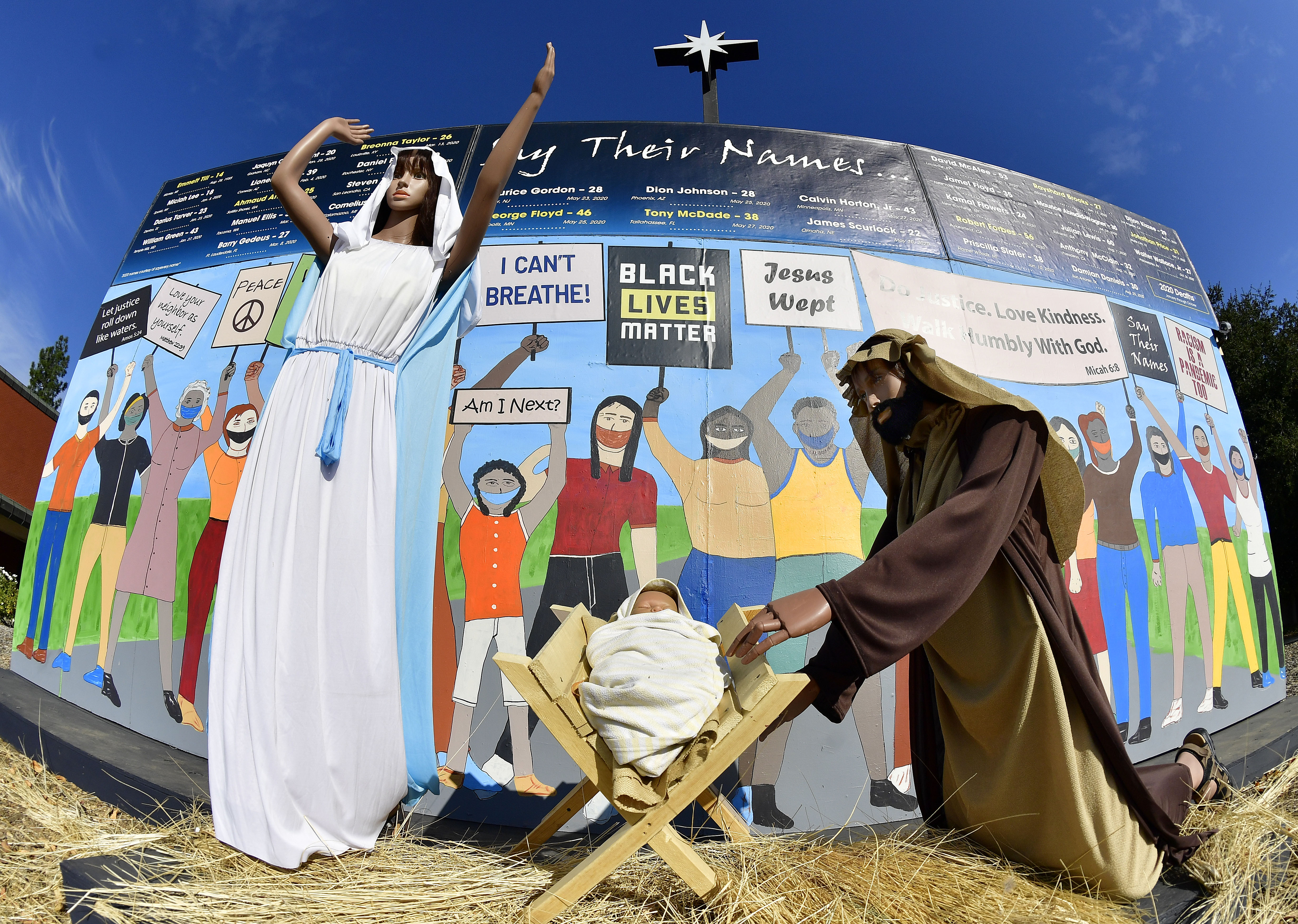 Black Christian Leaders and Influencers Who Died in 2019

Politically-Themed Nativity Scenes Showing Jesus, Mary, and Joseph in Cages Are Causing a Stir Across U.S. This Christmas