“He is the FATHER you thought you knew. The Cosby Show was my today’s tv reality show. Thank you. That’s all I would like to say :),” the statement from the 38-year-old reads.

Additionally, Evin took to her Facebook page to voice her opinion on the allegations her father is facing.

“Love my mom,” she posted on Monday after her mother, Camille Cosby, released a statement to the media defending her husband.

“Rape is a serious allegation and it is supposed to be taken VERY seriously but so is falsely accusing someone. When someone rapes a person they go to prison. THAT should also happen to the person that has wrongfully accused an innocent victim. They are not ONLY destroying innocent people’s lives they are ALSO making it hard for the MEN and Women to find justice when they have been raped,” she wrote.

She questioned the validity of the alleged victims’ recollections of the supposed incidents.

Evin also took time to express gratitude for the support she and her family has received.

“I would like to thank EVERYONE that has been sharing, voicing and putting their beautiful positive energy out there for me and my family. There will always be jealous, vengeful and crazy people out there to break anyone down. Everyday we wake up and appreciate the love and support from everyone. There’s more positive in life then we think. It’s the BS that can be overwhelming. We keep fighting each day. The challenges in life can only make us stronger. The ones that are angry can’t live as easy as the ones that can love, RESPECT and not find the easy way out by making FALSE accusations. It’s a shame how some people sit behind the computer waiting for bad things to happen to someone. Isn’t it easier to be happy? And to want the best for someone that has done such great things in life? It could be a friend, a family or a pet…. Just be HAPPY! It’s waaaaay easier. Thank you again!,” she posted. “Thank you Jill Scott and Faizon Love!! I would also like to say THANK YOU for the all the other intelligent people that know what this is! We are standing strong! Xoxo- Evin”.

To People who Lost Loved Ones in Beirut Blast, Lebanon’s Vote ‘Means Everything’ 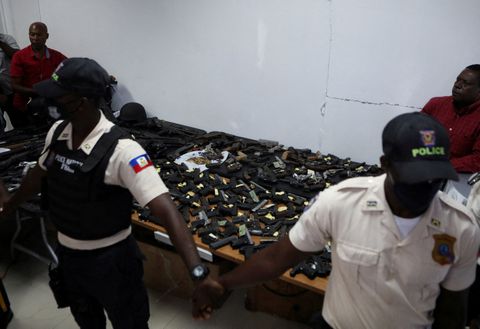