First, today, under the Sign category of THE TURMOIL IN ISRAEL & THE MIDDLE EAST — According to the Times of Israel, veteran US diplomat Dennis Ross said Iran’s unwillingness to move on its positions during recent rounds of nuclear negotiations indicates Tehran’s negotiators may be incapable of sealing a comprehensive agreement. A day after nuclear talks with Iran were extended until July 2015 after the sides failed to come together following a year of intensive negotiations, Ross said that the US had demonstrated flexibility during the talks, including a willingness to back down on demands over the Arak heavy water facility and the Fordo enrichment facility, but that its positions were received with intransigence by the Iranian counterparts.

Second, today, under the Sign category of THE TURMOIL IN ISRAEL & THE MIDDLE EAST — According to Ynet News, the European Parliament plans to hold a vote on Thursday on a resolution to recognize a Palestinian state, following Sweden’s official decision to do so and symbolic votes in Spain, the UK, and Ireland. The move reflects mounting frustration in the EU at Israel’s expanding settlement program on land the Palestinians want for a state following the collapse of US-sponsored peace talks. Israel is working to foil the decision, with officials warning that if the motion passes, the country will view Europe’s decision as anti-Israeli.

Third, today, under the Sign category of WARS & RUMORS OF WARS — According to Reuters, the United States and its allies have conducted two dozen strikes against Islamic State militants since Friday, launching nine strikes in Syria and 15 strikes in Iraq. In a statement, the US military said the strikes in Syria near the border town of Kobani and Raqqa took out three of the militant group’s fighting positions, targeted several staging areas, and hit one of its headquarter buildings. In Iraq, the strikes hit targets near six cities including Baghdad. The strikes destroyed checkpoints, various Islamic State fighter units, struck numerous vehicles and hit several buildings

Fourth, today, under the Sign category of DISTRESS AMONG NATIONS — According to the Times of Israel, a Palestinian speaker delivered an impromptu sermon inside Jerusalem’s al-Aqsa mosque calling for the elimination of America and Israel and hailing the Islamic State terror group. In his address, translated and posted by the Middle East Media Research Institute (MEMRI), the man identified as Ali Abu Ahmad calls for Jerusalem’s liberation from “the Jews, the most vile of creatures”, and for the annihilation of America and the international coalition against the Islamic State. For the past two weeks Israel has removed all limitations from Muslim worshipers wishing to attend sermons in the mosque, reversing a policy to ban young people from attending due to fears of rioting. This practice, which had been in place for several months, was changed at the behest of American and Jordanian officials as part of confidence-building measures agreed to by Israel in an effort to stem the anger and violence in the capital.

The prophetic passage of Scripture we are looking at today is Genesis 32:9-11 which reads: ” And Jacob said, O God of my father Abraham, and God of my father Isaac, the Lord which saidst unto me, Return unto thy country, and to thy kindred, and I will deal well with thee: I am not worthy of the least of all the mercies, and of all the truth, which thou hast shewed unto thy servant; for with my staff I passed over this Jordan; and now I am become two bands. Deliver me, I pray thee, from the hand of my brother, from the hand of Esau: for I fear him, lest he will come and smite me, and the mother with the children.”

The angel of the Lord renames Jacob Israel (“God fights,” or “he who fights [wrestles] with God”), for Jacob, now Israel, had “striven with God and with men and [had] prevailed.” Israel then receives the divine blessing. He names the location Peniel (“face of God”), saying, “I have seen God face to face, yet my life has been preserved.” This was an unforgettable encounter with the divine in which not only Jacob’s name was changed, but his lifestyle as well.

The name Israel is a double-sided prophetic portrait. On one side is the history of the stubborn, stiff-necked nation of God’s chosen people, “he who fights with God”—a nation that has wrestled with the Lord from their national inception at Sinai. On the other side are the promises of that nation’s God, a deity whose fierce passion and covenant commitment to His people knows no limitation and whose ardor for His chosen people guarantees their eventual restoration. He is “the God who fights” tirelessly and unceasingly on Israel’s behalf.

Our second coming quote for today is from C.S. Lewis. He said, “If the Second Coming is not an integral part of the faith once given to the saints, I do not know what is.” 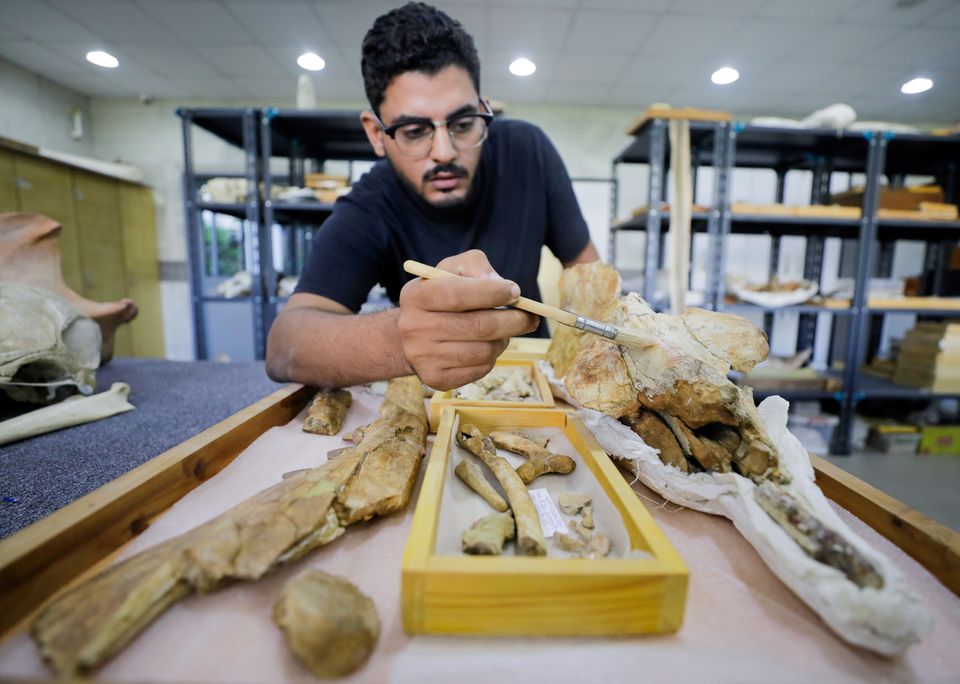