Kobe Bryant says he’s “scared” about his future after basketball, although he’s embracing the challenge of finding something that he can be as passionate about as sports.

Bryant turns 36 next month and is under contract with the Los Angeles Lakers for two more years. He was limited to just six games last season because of two major leg injuries, leaving him with the kind of idle time he never had before in his career.

Bryant gives a peek into his life in a Showtime documentary airing in November. “Kobe Bryant’s Muse” covers much of last season, when Bryant was sidelined and the Lakers finished 27-55, the most losses in club history.

“It’s a fascinating time to be around this guy,” said Gotham Chopra, who directed the film. “There’s this sort of looking forward to life after basketball. This is a guy that’s asking a lot of questions.”

The unexpected time off last season forced Bryant to think about his post-basketball future.

“I’m afraid, too,” he said Friday at the summer TV critics’ meeting. “You really have to lean on muses and mentors going forward, just as I did as a kid. It’s about having that next wave of things, which is scary as hell, but it’s fun at the same time.”

“It’s more introspective,” he said. “It’s about who or what has inspired me.”

Bryant is credited as an executive producer on the Showtime film, a vanity credit only.

“I’m not even quite sure what it is they do,” he said.

He arrived 30 minutes late for his session with critics.

“I was out looking for a head coach,” he said, joking.

The Lakers remain without a coach, and big man Pau Gasol recently chose to leave for Chicago as a free agent. The team failed in its bid to land Carmelo Anthony, too.

“We’re still trying to figure the roster out,” Bryant said. “We don’t know what system we’re going to be operating out of. A lot of those questions remain to be answered.”

Bryant reaffirmed he was “very happy” with the effort the Lakers made in trying to land Anthony and retain Gasol, who said Friday it was difficult to tell the Lakers star that he was leaving Los Angeles.

“It’s my job to go out there next season and lay it all out there on the line and get us to that elite level,” he said. 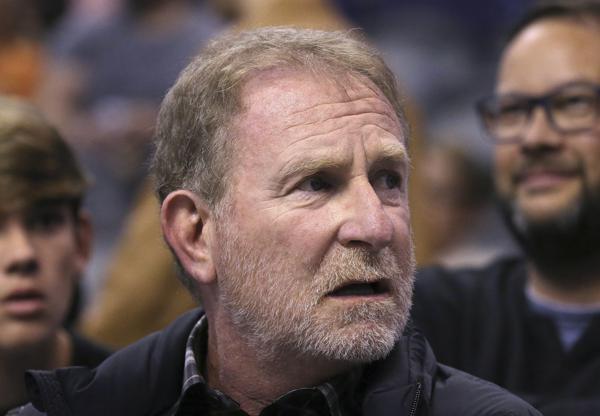