The immediate past president of the Southern Baptist Convention sought leniency for former New Orleans Mayor Ray Nagin, convicted in February on 20 criminal counts including bribery, fraud and money laundering, in a letter in the case file shown to reporters June 20 in a judge’s chambers.

Fred Luter, pastor of Franklin Avenue Baptist Church in New Orleans, wrote one of 31 letters of support — five written by clergy — in advance of Nagin’s sentencing on July 9.

Luter, the first African-American SBC president, said he has known Nagin since high school, and that he wasn’t the same person after Hurricane Katrina destroyed much of the city in August 2005.

“We saw it on television, heard it on the radio, and read about it in our local newspapers,” said Luter, who presided over the recent SBC annual meeting in Baltimore. “Hurricane Katrina affected Ray Nagin like many of us spiritually, emotionally and mentally.”

“He is a good and decent man who made some unwise choices and decisions during a very difficult and traumatic time in his personal and professional life,” Luter said.

Luter was one of 17 business and civic leaders chosen in October 2005 for a Bring New Orleans Back Commission to advise Nagin on rebuilding New Orleans after what is considered the worst civil engineering disaster in U.S. history.

A federal grand jury indictment in January 2013 alleged that while in office Nagin took cash bribes and gifts from three city contractors and used his influence as mayor to land a contract for his family’s business with Home Depot to install granite and marble countertops.

A federal jury convicted Nagin Feb. 12 of 20 of the 21 counts against him in the indictment. Nagin maintained his innocence to reporters on the way out of the courtroom.

Nagin was initially set to be sentenced June 11, his 58th birthday, but the judge granted a request to delay the hearing to give Nagin’s attorney more time to prepare. Under federal sentencing guidelines, he could be facing at least 20 years in prison, a term his lawyer called “a virtual life sentence” and asked the judge for leniency. 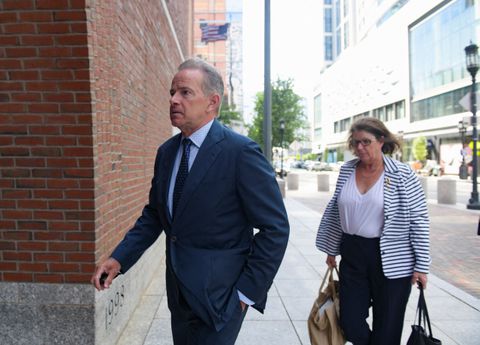