The Colorado Civil Rights Commission today affirmed an administrative law judge’s ruling that the owner of a Lakewood bakery discriminated against a gay couple when he refused to sell them a wedding cake.

David Mullins and Charlie Craig went to Masterpiece Cakeshop at 3355 S. Wadsworth Boulevard, with Craig’s mother, in 2012, to order a cake for their upcoming wedding reception.

Store owner Jack Phillips informed them that, because of his religious beliefs, he didn’t sell wedding cakes to same-sex couples.

Amanda C. Goad, staff attorney with the ACLU Lesbian Gay Bisexual and Transgender Project said, “Religious freedom is undoubtedly an important American value, but so is the right to be treated equally under the law free from discrimination.”

During the hearing, Commission Chair Katina Banks said, “You can have your beliefs, but you can’t hurt other people at the same time.”

Commissioners ordered the bakery to change its policy, provide staff training and report quarterly to confirm that the business does not turn away customers due to sexual orientation.

“Everything they said in there validated how we feel, and that felt really good,” Craig said. 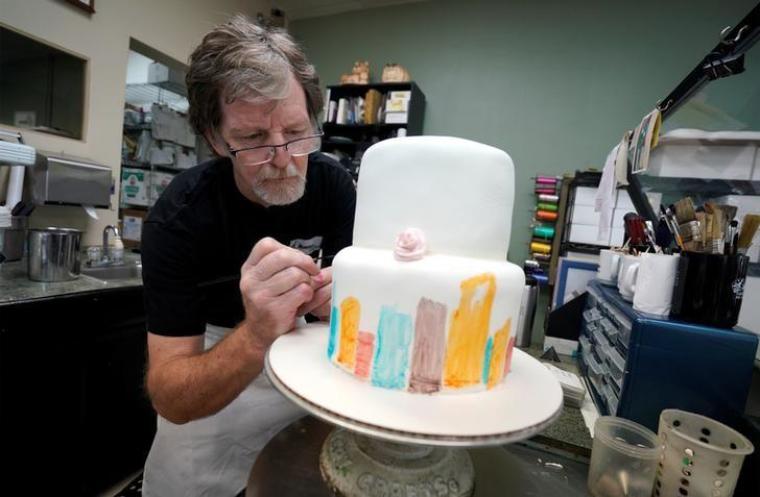 Mark Silk on the End of the Masterpiece Cakeshop Case