John Maxwell says everything rises and falls based on leadership. I agree.

But leadership was not something taught when I went to the University of Florida. I’ve had to learn it the hard way, mostly by trial and error. Here are seven traits of leadership I’ve learned by watching leaders who exhibited them:

1. Vision. This is the ability to see the future. The Bible says without vision, the people perish. I’ve learned to focus on one thing and simply work in that direction when I didn’t have any idea what do. Somehow, a way is found.

A man who exhibits this as well as any I’ve known is Tommy Barnett, who built Phoenix First Assembly of God from a handful of people to one of the greatest churches in America. Tommy’s attitude is, “You can’t think of a ministry we don’t want to include in our church—and by the way, you’re the new leader.” This has resulted in hundreds of leaders and one of the healthiest churches I’ve ever seen. I remember when he had a vision to start a multicultural ministry in Los Angeles. That has developed into the Dream Center that is headed by his son, Matthew, and has spawned others across the country. But the Dream Center began as a vision with Tommy Barnett.

2. Problem-solving. Leadership is more than a huge idealistic vision. A leader must also have problem-solving skills. No matter what you do, problems develop, and it’s up to the leader to figure out what’s wrong and to fix it. I know of no one better at problem-solving than Dr. Mark Rutland, whose book ReLaunch I recently read. I highly recommend it, and here’s where you can purchase it. Mark has wonderful word pictures for diagnosing problems. When nothing happens, he says the gears have rusted shut and the leader must grease them to get them moving. (I’ve used that one this week to deal with something in my own organization.)

At other times Mark describes the leader as the air traffic controller that decides which planes to land now and which ones to keep circling until there’s time and money to let them land. He proved he could solve problems by turning around Calvary Assembly in Orlando and Southeastern College (now Southeastern University) and by later helping lead the transition at Oral Roberts University during a difficult time.

3. Constant growth. A leader must constantly grow. Of course, we know that healthy things grow. An organization can’t grow, however, unless it’s healthy and the leader is also growing. Change in this world is constant due to technology. In a culture that seems to be shifting beneath our feet, a leader must grow.

One of the best people at personifying constant growth is Mike Huckabee—the son of an Arkansas fire fighter. Huckabee became a Baptist preacher and then got involved in politics because he was concerned about what the liberals in government were doing in his state. Through a series of events, he was elected lieutenant governor when Bill Clinton was elected president of the United States, and then became governor when Jim Guy Tucker was forced to step down due to the Whitewater scandal. He was elected two more times. If you read his books—and I’ve read them all—he tells how he had to constantly grow and change.

Finally, he ran for president and, like Barack Obama, surprised everyone when he won the Iowa caucus. He has one of the most successful television programs on Fox News. I enjoy watching him every weekend—it helps me keep in touch with what he’s doing, and I can see how he is still growing as a person, a leader and a spokesman for Christian values. 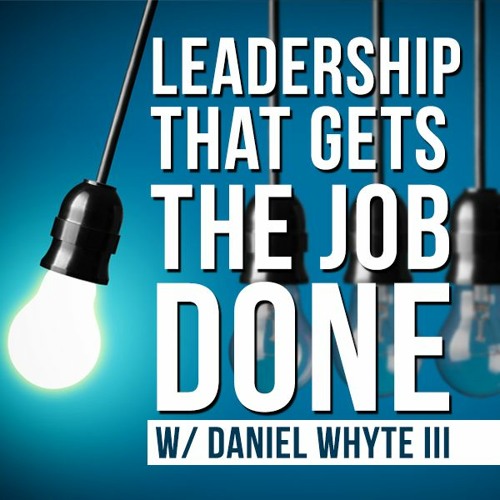 PODCAST: Connecting Goes Beyond Words (Leadership That Gets the Job Done Podcast Episode #69)