He is the current head men’s basketball coach at the University of Washington. He also played basketball for the University of Washington from 1978 to 1980. After college, he was drafted by the Golden State Warriors and spent five years in the NBA. He was the assistant coach at UCLA from 1992–1996, head coach at Pepperdine University from 1996–1999, and then head coach at St. Louis from 1999–2002. He is often credited for turning around the faltering state of the University of Washington basketball program. He is known by his fellow coaches as one of the top basketball recruiters in the country. In March 2006, he was given the prestigious Coach Wooden “Keys to Life” award for outstanding character. In March 2009, he was named coach of the year by the Pac 10 conference for leading the Huskies to their first outright conference title since 1953. He and his wife, Leona, founded the Lorenzo Romar Foundation to provide educational assistance for disadvantaged youth as well as support other charitable causes.

In an interview with CBN, he said of his faith and salvation experience, “Getting closer to God was like a sporting event. The one with the most points wins. The more good deeds I could do, the more they could add up and I could score points with God. And that’s just kind of how I saw it. I believed the Bible was the Word of God so I read through it. It was great until I realized that, as I kept reading, points don’t get you to heaven. The points don’t give you a relationship with God, that there weren’t enough points that you could score, as a human down here, because God’s standard was above, it was out of reach. He made a way for it to work. He himself came down to this earth in the person of Jesus Christ. He had already scored all the points, basically, for me. I realized something else, this deal didn’t start when I died. It started immediately. If I accepted what Jesus did on the cross, believed He rose from the dead and He was alive today to save me from my sin, asked Him to come in my life, then I would cease to be just a creation of God. But I would then become a child of God.”

After getting cut by the NBA, he said, “God had a plan for me. I learned a lot of ministry, how to deal with athletes. It was as if God trained me to go out and use those same biblical concepts to try and affect people’s lives. For what appeared to be failure in the NBA was not in God’s eyes, God just used that as a little credibility here to do another job in another place. And with God you’re always going through on the job training.”

“You get a scholarship, you’re on the team, they’re paying your way to school. But to make an impact, you’re in the weight room, you’re running extra sprints, doing all kinds of stuff to make an impact at that high level. To become a Christian, it’s been taken care of. You just have to agree to accept a gift. But to be an impact player for God, you got to work.”

His name is Lorenzo Romar.

This is the “Chief of Sinners,” Daniel Whyte III, president of Gospel Light Society International, reminding you of what the Bible says, that “Christ Jesus came into the world to save sinners” like you and me. Just as Lorenzo Romar gave his life to Christ, may I encourage you to do the same. Here is how:

1. Accept the fact that you are a sinner, and that you have broken God’s law. The Bible says in Ecclesiastes 7:20: “For there is not a just man upon earth that doeth good, and sinneth not.” Romans 3:23 reads: “For all have sinned and come short of the glory of God.” In fact, I am the chief of sinners, so don’t think that you’re alone.

2. Accept the fact that there is a penalty for sin. The Bible states in Romans 6:23: “For the wages of sin is death…”

3. Accept the fact that you are on the road to hell. Jesus Christ said in Matthew 10:28: “And fear not them which kill the body, but are not able to kill the soul: but rather fear him which is able to destroy both soul and body in hell.” The Bible says in Revelation 21:8: “But the fearful, and unbelieving, and the abominable, and murderers, and whoremongers and sorcerers, and idolaters, and all liars, shall have their part in the lake which burneth with fire and brimstone: which is the second death.”

4. Accept the fact that you cannot do anything to save yourself! The Bible states in Ephesians 2: 8, 9: “For by grace are ye saved through faith: and that not of yourselves: it is a gift of God. Not of works, lest any man should boast.”

5. Accept the fact that God loves you more than you love yourself, and that He wants to save you from hell. Jesus Christ said in John 3:16, “For God so loved the world, that He gave His only begotten Son, that whosoever believeth in Him should not perish, but have everlasting life.”

6. With these facts in mind, please repent of your sins, believe on the Lord Jesus Christ and pray and ask Him to come into your heart and save you this very moment. The Bible states in the book of Romans 10:9, 13: “That if thou shalt confess with thy mouth the Lord Jesus, and shalt believe in thine heart that God hath raised Him from the dead, thou shalt be saved.”

Steven Furtick Facebook Post Saying “Following Jesus Doesn’t Change You Into Something Else, It Reveals who You’ve Been All Along” Sparks Social Media Storm 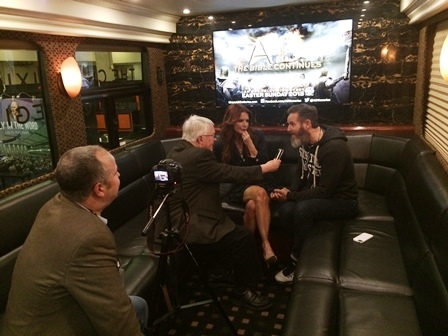