The dispute among United Methodists over recognition of same-sex couples has lapsed into a doctrinal donnybrook, pitting clergy who are presiding at gay weddings in defiance of church law against proponents of traditional marriage who are trying to stop them.

Since 2011, Methodist advocates for gay marriage have been recruiting clergy to openly officiate at same-sex ceremonies in protest of church policy. In response, theological conservatives have sought formal complaints against the defiant clergy, which could lead to church trials. One scholar has warned that Methodists are “retreating into our various camps” instead of seeking a resolution over an issue the church has formally debated since the 1970s.

“At this point, we have kind of come to the place where we know what the brute facts are,” said Matt Berryman, executive director of Reconciling Ministries Network, which advocates for gay and lesbian Methodists. “Most folks, after 40 years of trying legislative solutions, realize they won’t work. The way forward is to claim what we know to be true. And we’re going to continue doing it in an aggressive way.”

The intensity of the conflict was laid bare over the last several months, when the church tried, convicted and defrocked Frank Schaefer, a Pennsylvania pastor who presided at the wedding of his son to another man. Berryman said the case galvanized Methodists advocating for recognition of gay marriage, increasing donations to the group and traffic on Reconciling Ministries’ online sites. Schaefer has since been traveling the country giving talks and sermons on gay acceptance.

Opponents have also stepped up their organizing. Through statements, videos and conference calls, a theologically conservative Methodist movement called Good News has been pressing church leaders to act when church law, contained in the Methodist Book of Discipline, is violated. “When people choose to break the covenant that holds us together, there has to be some accountability,” said the Rev. Rob Renfroe, Good News’ president.

Last month, a new Methodist group formed called the Wesleyan Covenant Network to support theologically conservative Methodists and keep them from leaving the denomination. The meeting in Atlanta drew about 130 clergy and others. One speaker choked back tears while telling the group his son is considering entering ministry – but not in the United Methodist Church.

“The present atmosphere is the worst I’ve ever seen it,” said the Rev. Maxie Dunnam, a retired president of Asbury Theological Seminary in Kentucky who helped organize the Wesleyan Covenant Network. “We are a divided church already.”

Several other high-profile cases are pending. The Rev. Thomas Ogletree, a retired Yale Divinity School dean and retired elder in the church’s New York district, will be tried March 10 for officiating at the same-sex wedding of his son. The Council of Bishops has also called for a formal complaint against retired Bishop Melvin Talbert, who presided at the wedding of two men last October in Alabama over the objections of a local bishop. The Rev. Stephen Heiss of Binghamton, N.Y., is expected to face a church trial for presiding at his daughter’s same-sex wedding in 2002 and at other same-sex marriages.

Thomas Frank, a Wake Forest University professor who specializes in Methodist history and governance, wrote an open letter to the church’s bishops, urging them to end the trials. He warned that Methodists have been “retreating into our various camps” and were in desperate need of an open conversation.

“The continuation of church trials is a disgrace to our heritage,” Frank wrote. “It is divisive, bringing interference from interest groups outside the annual conference and introducing the language of `prosecution’ `defense team,’ `conviction,’ `judge,’ and `jury’ to our church as if we were all players in `Law and Order.’ We are not considering criminal acts; we are deliberating about pastoral judgment.”

Since 1972, the Book of Discipline has called same-gender relationships “incompatible with Christian teaching” and has banned clergy from taking actions contrary to that position: No ordinations or clergy appointments are allowed for “self-avowed practicing homosexuals.” No “ceremonies that celebrate homosexual unions” are permitted in churches. No clergy can preside at the ceremonies no matter where the events are held.

The church has also declared itself “dedicated to a ministry of Christ-like hospitality and compassion to persons of all sexual orientations” and has committed to supporting “certain basic human rights and civil liberties for all persons, regardless of sexual orientation.”

Theological conservatives see no inconsistencies among those positions. Advocates for gays and lesbians do. They have debated at every national legislative meeting, or General Conference, for four decades with the same result: the “incompatible” language – and the related prohibitions – have stayed.

Frustration over the lack of change fueled the new movement to openly defy church law, starting in 2011 in Minnesota and New York. Methodist ministers had already been quietly officiating at same-gender ceremonies in some communities for years. A few of the more publicly defiant clergy had faced formal complaints or had been tried by the church. But the public marriage pledges brought new energy to the campaign.

By the spring of 2012, when General Conference had gathered in Florida, more than 1,100 clergy had signed on. But within the legislative meeting, delegates were unmoved. The conference once again voted to keep the status quo.

On the final day of the assembly, at a gathering of Methodists who support gay marriage, Talbert announced, “The time for talking is over.”

“I declare to you that the derogatory language and restrictive laws in the Book of Discipline are immoral and unjust and no longer deserve our loyalty and obedience,” Talbert told the cheering crowd. “I call on the more than 1,100 clergy who have signed the pledge to stand firm on their resolve to perform marriages among same-sex persons, same-sex couples, and to do so in the normal course of their pastoral duties, thus defying the laws that prohibit them from doing so.”

He called the weddings “an act of biblical obedience” to the teaching that all people are created in God’s image. Dorothee Benz, of Methodists in New Directions, a New York advocacy group spearheading the gay marriage drive, said, “that language of biblical obedience became a messaging touchstone.”

The situation for United Methodists stands out because their fellow mainline Protestants have moved toward accepting gay relationships. The United Church of Christ began ordaining people with same-sex partners in the 1970s, and by 2005, had endorsed gay marriage. In 2003, the Episcopal Church elected the first bishop living openly with a same-sex partner, Bishop Gene Robinson. The Evangelical Lutheran Church in America and the Presbyterian Church (U.S.A.) have both struck down barriers to ordaining gays and lesbians. United Methodists are the second-largest U.S. Protestant group and have about 12.5 million members worldwide.

Demographics largely explain why the Methodists have maintained their marriage stance. The church, which once had a presence in nearly every county in the U.S., has become “more red state-y than it ever was,” said David Steinmetz, a specialist in Christian history and retired professor at Duke Divinity School. Sandwiched between the liberal-leaning Northeast and Western districts are the more theologically conservative Methodist conferences, which tend to have larger and faster-growing congregations. Reconciling Ministries Network took on the geographic challenge last fall by adopting a new Southern outreach strategy.

Boosting the theologically conservative numbers are the burgeoning Methodist churches overseas, where the predominant views are traditional. At the next General Conference in 2016, the share of delegates from U.S. will drop to about 58 percent, while the contingent from Africa will rise to 30 percent, according to United Methodist News Service. Most U.S. Protestant denominations belong to some kind of international fellowship, but largely set their own policies at home. Methodists are the rare mainline group structured to give overseas members a direct say. 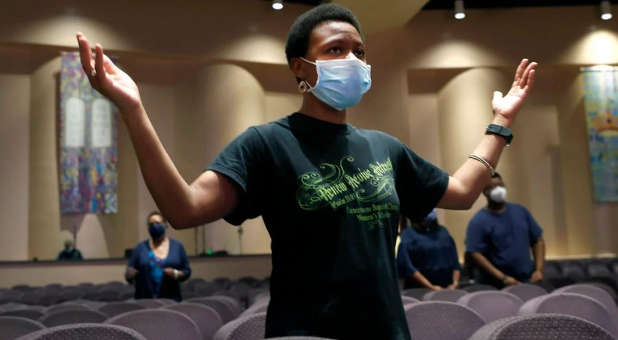 Group of Clergy, Scientists and Other Experts Release 36-page Guide on Reopening Churches 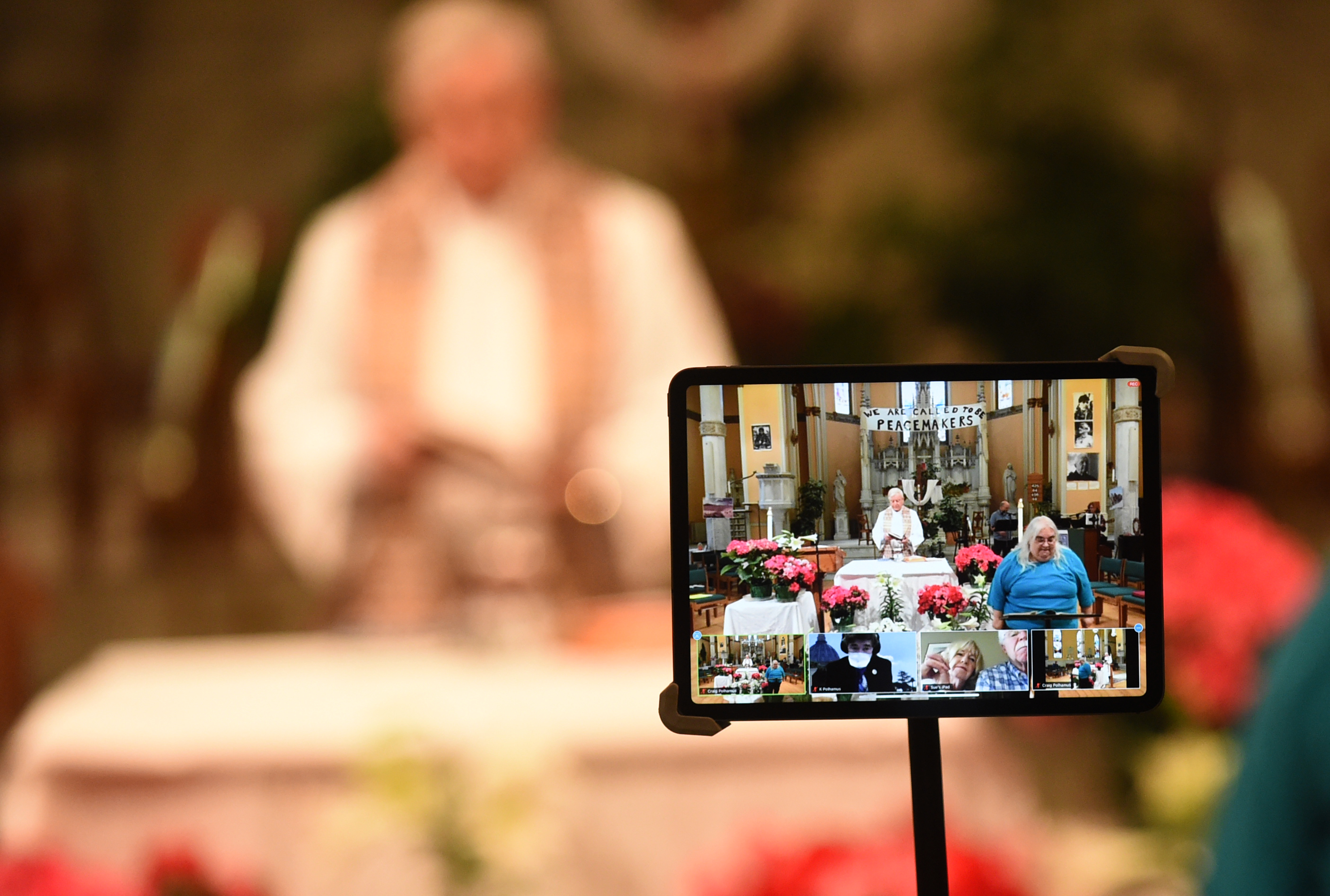