Iran has signed a deal to sell Iraq arms and ammunition worth $195 million, according to documents seen by Reuters – a move that would break a U.N. embargo on weapons sales by Tehran.

The agreement was reached at the end of November, the documents showed, just weeks after Iraq’s Prime Minister Nouri al-Maliki returned from lobbying the Obama administration in Washington for extra weapons to fight al Qaeda-linked militants.

Some in Washington are nervous about providing sensitive U.S. military equipment to a country they worry is becoming too close to Iran. Several Iraqi lawmakers said Maliki had made the deal because he was fed up with delays in U.S. arms deliveries.

A spokesman for the Iraqi prime minister would not confirm or deny the sale, but said such a deal would be understandable given Iraq’s current security troubles.

“We are launching a war against terrorism and we want to win this war. Nothing prevents us from buying arms and ammunition from any party and it’s only ammunition helping us to fight terrorists,” said the spokesman, Ali Mussawi.

The Iranian government denied any knowledge of a deal to sell arms to Iraq. It would be the first official arms deal between Shi’ite Iran and Iraq’s Shi’ite-led government and would highlight the growing bond between them in the two years since the departure of U.S. troops from Iraq.

The U.S. State Department said it was looking into the reports.

“Any transfer of arms from Iran to a third country is in direct violation of UNSCR 1747. We are seeking clarification on the matter from the government of Iraq and to ensure that Iraqi officials understand the limits that international law places on arms trade with Iran,” Psaki said, referring to the U.N. resolution that imposed an arms embargo on Iran.

A U.S. official said such a deal could further complicate Washington’s approach to negotiating with Iran on easing international sanctions over its nuclear program, which the West suspects is aimed at producing bombs. Iran says its aims are purely peaceful.

Asked at the Washington briefing if the deal could have come about due to Iraqi frustration at the slowness of U.S. deliveries, Psaki said the United States was committed to supporting Iraq and had provided it with more than $15 billion in military and security equipment, services, and training.

“We’re working to accelerate our … deliveries of critical CT (counterterrorism) equipment,” she said.

U.S. Secretary of State John Kerry reiterated U.S. support for Iraq’s fight against militants and discussed the security situation in the Iraqi province of Anbar in a call with Iraqi Foreign Minister Hoshiyar Zebari on Saturday, Psaki said.

A U.N. diplomatic source close to the U.N. Security Council’s Iran sanctions committee was aware of the Iran-Iraq arms deal and voiced concern about it, while declining to disclose details about those concerns. The source spoke to Reuters on condition of anonymity.

The official documents seen by Reuters showed that six of eight contracts were signed with Iran’s Defense Industries Organization to supply Iraq with light and medium arms, mortar launchers, ammunition for tanks as well as artillery and mortars.

A final two contracts were agreed to with the state-owned Iran Electronic Industries for night vision goggles, communications equipment and mortar-guiding devices.

One of the contracts includes equipment to protect against chemical agents. An Iraqi army major with knowledge of procurement issues said that would include items such as gas masks and gloves, as well as injections. Baghdad has expressed fear the militants will use such agents against its forces.

Officials from the Iraqi and Iranian defense ministries signed the agreements, according to the documents. They did not list a timetable for deliveries and it was not possible to confirm whether they had taken place.

Maliki has been engaged in a nearly two-month-old battle in western Iraq against Sunni al Qaeda-inspired militants and rebellious tribesmen. The prime minister has blamed the unrest in Anbar on the conflict spilling over from neighboring Syria.

One Western security official said U.S. government experts believed an Iranian-Iraqi arms deal had been in the works for some time. The growing friendship between the two countries is discomfiting for the United States, which has accused Iran of having shipped arms to the Syrian government through Iraq.

Iran already supplies Baghdad with electricity and gas and reiterated an offer of military assistance in January.

The weapons purchases amount to a drop in the ocean for Iraq, which receives most of its arms from the United States and has also bought weapons and helicopters from Russia and other countries.

But they are politically significant as Maliki purses a third term in office.

Iraqi politicians consider Iran’s blessing as a necessity for seeking power. Maliki won his second term in 2010 only after the Iranians exerted pressure on recalcitrant Shi’ite parties on his behalf.

Many Iraqis accuse Iran of funding Iraqi Shi’ite militias who have seen a resurgence in the last two years as Iraq’s security has deteriorated.

“We have here a political and not a military deal,” said Amman-based Iraq analyst Yahya al-Kubaisay from the Iraqi Center for Strategic Studies, a think tank filled with political opponents of the Shi’ite-led Iraqi government.

“On one hand it is aimed at financing Iran, which is desperately in need of dollars, and on the other it is clearly aimed at winning Tehran’s support for Maliki’s third term.”

Three Iraqi lawmakers, who said they had knowledge of the deals, argued they were due to Maliki’s unhappiness with Washington’s response to his request to supply Iraq with arms and ammunition to fight militant groups during his visit late last year. Iraq has long complained the timetable for U.S. weapons and aircraft delivery was too slow.

“The Americans were obviously dragging their feet from implementing the arms deals signed with Baghdad and under different pretexts, and that was a reason to get urgent shipments from Tehran,” said one of the lawmakers, who spoke on condition of anonymity due to the sensitivity of the subject.

In recent months, the U.S. government has delivered Hellfire missiles and surveillance drones to Iraq as part of its long-standing relationship with Baghdad, which it invaded in 2003. It has also supplied Iraq with M1 Abrams tanks and is in the process of delivering F-16 fighter jets.

Since fighting broke out in western Anbar in January, Washington has pushed to move ahead with the sale of 24 Apache attack helicopters to Iraq, which had been held up for months due to the concerns of U.S. lawmakers about how Maliki, who is increasingly at odds with minority Sunnis, would use them.

A Shi’ite lawmaker close to Maliki said the deal with Iran sent a message to Washington that threatening to withhold or delay arms purchases would no longer work.

“If you went to a shop to buy a toy and they refused to sell it to you, then as long as you have the cash, you can get it from the shop next door. It’s as simple as that,” said the official, who also asked to remain unidentified by name due to the sensitivity of the issue.

A senior Iraq army officer said Iran was the best source for quick shipments as some of the arms used by the Iraqi army are similar to those manufactured by Tehran, including assault weapons, mortars, artillery and tank ammunition. Iran even produces ammunition for U.S.-made M-12 assault rifles, used by the Iraqi military.

Maliki defended Iraq’s counterterrorism strategy last week in an editorial published on the website of the influential U.S. journal Foreign Policy: “Thanks to our rapidly growing economy, we are able and willing to pay for all the military equipment we need,” he wrote.

Mohammad Marandi, a professor at University of Tehran, told Reuters he had no knowledge of an arms deal with Iraq, but that Iran would not be troubled by the idea: “Iranians don’t accept the legitimacy of sanctions. Plus, Iran sells military equipment to many countries.”

The eight contracts signed with Iran are as follows: 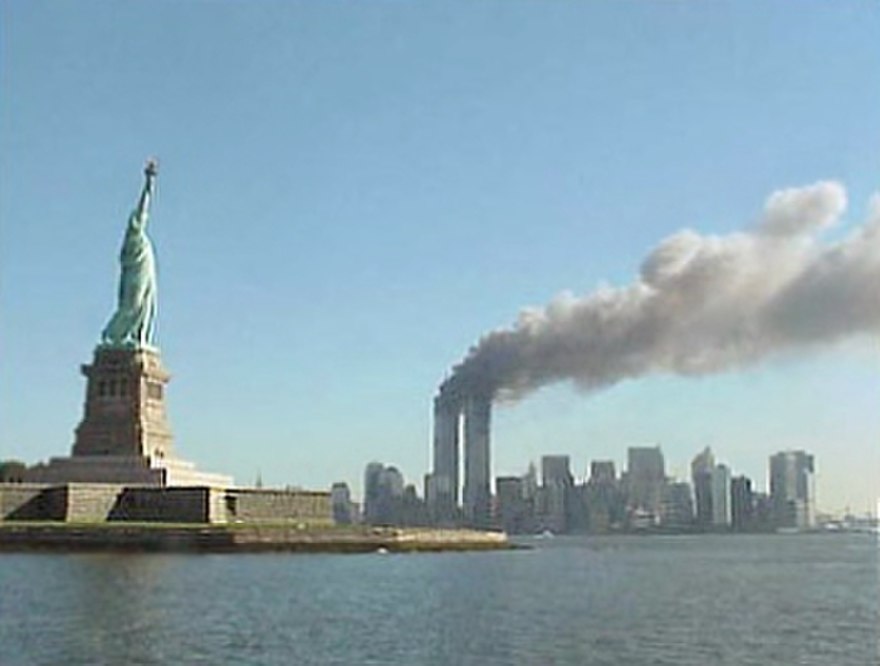 Things Have Changed in the Middle East, 20 Years After 9/11

Al Qaeda Leader, Believed to be Dead, Appears in Video on 20th Anniversary of 9/11 Attacks